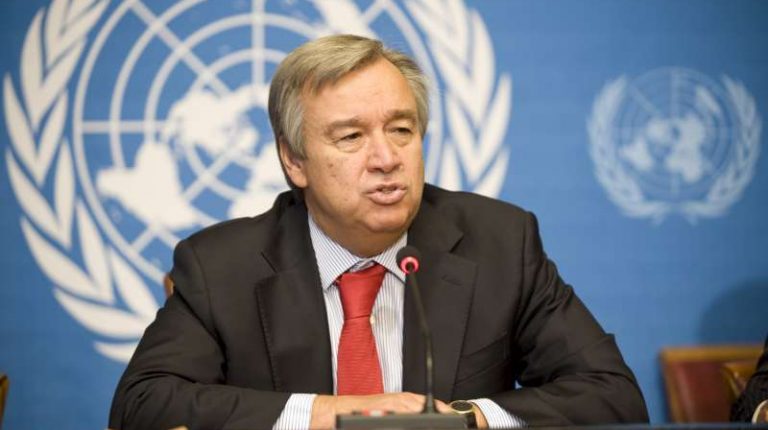 President Abdel Fattah Al-Sisi met on Monday with the UN Secretary-General António Guterres as part of the UN official’s MENA tour. The duo discussed the importance of the Egyptian-UN relations, especially that Egypt is now heading the African Union.

During the visit, Guterres met with the Grand Imam of Al-Azhar Ahmed Al-Tayeb. Guterres asserted his rejection to Islamophobia and all forms of hatred and racism. He has previously urged the international community to “stand united against anti-Muslim hatred” following the mass shooting in New Zealand that targeting two mosques, killing 50 people while many others were wounded.

The UN Secretary-General will then travel to Jordan, where he will deliver a speech at the World Economic Forum on the Middle East and North Africa to be held at the Dead Sea in Jordan. He will also meet with the King of Jordan and senior government officials.

Guterres’ visit to Jordan comes after the London Conference 2019 that took place in February, marking a new partnership approach between Jordan and the international community in pursuit of Jordan’s sustainable growth and self-reliance, in the light of the economic pressures on the country.

While in Jordan, the Secretary-General will visit the Baqa’a Camp for Palestinian refugees, run by the United Nations Relief and Works Agency for Palestine Refugees (UNRWA), where he will meet with students from an all-girls UNRWA-run school, and from the UNRWA Central Student Parliament. At the Baqa’a Camp, Guterres will highlight the importance of continuing to fund the vital services UNRWA provides to millions of Palestine refugees in the West Bank, Gaza, Jordan, Lebanon, and Syria.

During the last Arab League Summit, Guterres said: “North Africa and the Middle East are home to remarkable dynamism and potential. It is a region long-striving to build peace and prosperity. I believe it is vital for this region to assume that destiny. The United Nations has no other agenda than to support those aspirations in a spirit of solidarity and unity.”

The Secretary-General went on to highlight the “turbulent winds” that have affected the region, from “the wars in Yemen and Syria to the rise and fall of Islamic State group and the persistent denial of the right to self-determination for the Palestinian people.”

On side-lines of World Economic Forum: time has come for digital health era in Middle East

Without two states, there is no solution: UN Secretary General