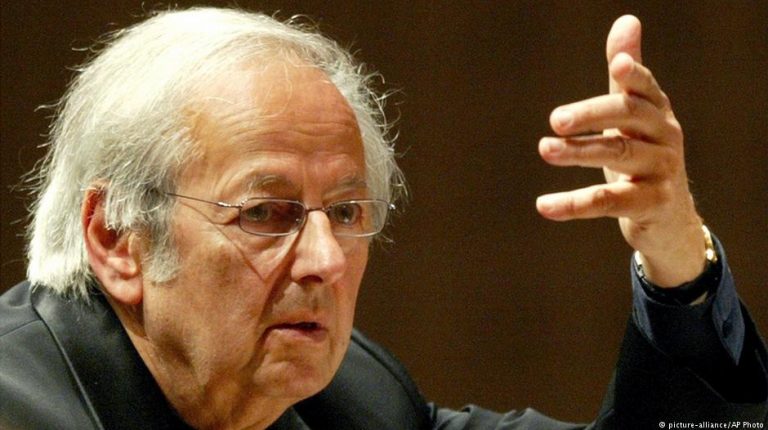 The Berlin-born pianist, composer and conductor won four Oscars for his musical work on films and conducted all of Europe’s great orchestras. He has died in New York at the age of 89.The death of the four-time Oscar winner and ten-time Grammy winner was announced on Thursday in New York. His manager Linda Petrikova said Previn died in his Manhattan home.

Born in Berlin in 1929 or 1930, Previn fled the Nazi regime with his brother and parents in 1938, first for Paris and then to Los Angeles where he grew up and became a naturalized citizen in 1943.

His father was a lawyer and music teacher and as a boy Previn was classically trained but began composing and arranging Hollywood film scores when he was still in high school.

Aged 17, he found work through one of his father's cousins who was a musical director at Universal studios. Previn started writing film scores and worked as a jazz pianist, appearing with singers including Ella Fitzgerald.

He left Hollywood in 1965 to develop a career as a classical conductor and was named musical director of the Houston Symphony in 1967 where he succeeded Sir John Barbirolli. Thirty years later he had conducted every major orchestra in Europe. He was principal conductor with the London Symphony Orchestra from 1968-79, where he made dozens of recordings.

Married five times, most notably to actor Mia Farrow and later to violinist Anne-Sophie Mutter, his private life was related in his memoir of his Hollywood days "No Minor Chords" which also included revelations about people he met, such as Lenny Bruce and Ava Gardner.

He and Farrow adopted a Korean orphan, Soon-Yi, who in the 1990s became involved with Farrow's then boyfriend Woody Allen. Speaking later about Allen, Previn said: "I would cheerfully run him over with a steamroller."

His first opera, "A Streetcar Named Desire" was premiered at San Francisco Opera in 1998.

He won another Grammy in 2005, this time for a recording of the "Violin Concerto ‘Anne-Sophie'" which he wrote for Mutter. It won for best instrumental soloist performance with orchestra. The orchestra was conducted by Previn.

In 2005 he was awarded the international Glenn Gould Prize and in 2008 won Gramophone magazine's Lifetime Achievement Award for his work in classical, film, and jazz music.

Previn appreciated and played the jazz he first encountered in his teens throughout his life: "I'm naturally curious about a lot of different disciplines in music and I enjoy doing them," he said. "I always liked improvising. During the time that I didn't play jazz, I always listened to it."

Asked in an 80th birthday interview if he had any regrets he admitted "Privately, yes."

"I've made some very poor choices in my private life. But, as a professional, no, not really." He added: "I don't tend to take myself all that seriously."