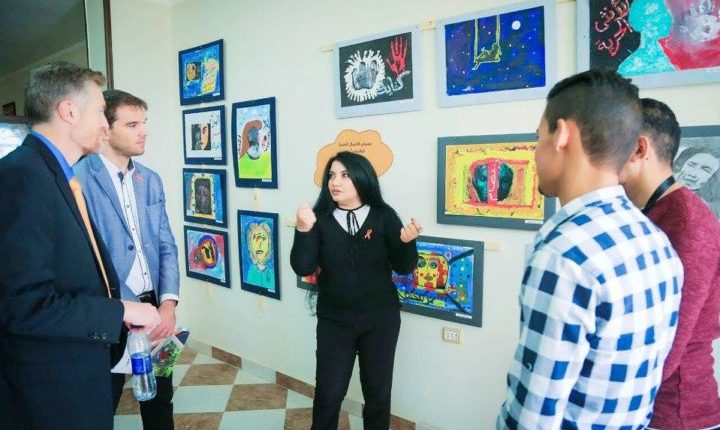 She added that women’s representation in the labour force is estimated at only 22%, compared with men’s 78%.

Unfortunately, she highlighted that most women in Egypt work in the informal sector, and that over 45% of women working in the agriculture sector are women.

She highlighted the disadvantages of working in the informal sector included such points as having no health insurance, no pensions, in addition to adding no value to the country’s GDP.

Amin continued that women’s empowerment in terms of equality regarding opportunities and the freedom of choice are low, explaining that women entrepreneurs in Egypt are estimated at 7.5%, which is quite feeble, noting that women who own businesses represent only 17%.

This small representation is due to many challenges and barriers including the fact that most females are not risk takers, in addition to the fact that they also have ineffective networks, she stated.

Furthermore, Amin pointed out that many women decide not to enter the workforce as they always suffer from having to manage their time between domestic chores and their work outside the home, which leads to lower participation from women in the labour force.

“Also, in terms of the business atmosphere, women have no access to the big suppliers, to big corporations, in addition to lack of resources such as capital, humans, etc. Sometimes she lacks the qualifications that match the market requirements, thus all of these add up to a decreased percentage of women participating in the workforce,” Amin continued.

Moreover, she also noted that women always prefer to join governmental jobs, whereas the current direction of the government is to reduce employees in governmental institutions.

“Thus, women will choose the entrepreneur path, but the question remains, does she have enough collateral and guarantees to receive a bank loan, and most often the answer unfortunately is most of them do not,” Amin pondered.

She continued that women who have land property in Egypt represent only 2% of the population.

Talking about UN programmes to increase the participation of women, she stated that UN Women is focusing on spreading work-related awareness between females.

In addition, UN Women focuses on programmes concerning women’s economic empowerment, including qualifying women with the market requirements, and spreads awareness between women on the importance of financial inclusion. It also works on many programmes concerning ending violence against women, Amin concluded.

Op-ed review: All over dress