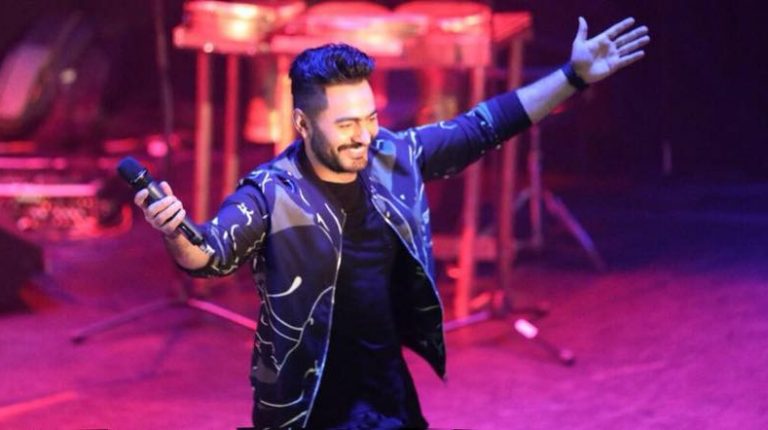 Egyptian singer Tamer Hosny is to perform his first musical concert in Saudi Arabia on 30 March, becoming the first Egyptian musician to hold a musical concert in the conservative kingdom after its cultural patency that occurred under the rule of Crown Prince Mohammed bin Salman.

Tickets were sold out in less than two hours of being released at a store. Hosny’s official Facebook page posted a video of hundreds of fans standing in front of Virgin Megastore, waiting for doors to open to rush inside in a Black Friday-esque scene, as the store was filled in a matter of minutes with customers standing in long lines to purchase the mega star’s concert tickets.

The concert is the second official mixed one in Saudi Arabia this year, after a three-day jazz festival and the first ever Opera show “Antar w Abla” took place last month. Officially held concerts were only allowed for men, just recently being opened up to women.

Six thousand tickets were sold for the concert, which will be held at the King Abdullah Economic City, the kingdom’s General Entertainment Authority announced last month.

The poster for the concert in the store listed restrictions for attendees, highlighting that “dancing and swaying are not allowed”, asserting that women have to be “modestly dressed,” though not obligating them to wear abayas. Last December, Lebanese singer Heba Tawaji hosted a women-only concert in Riyadh where pictures of women taking off their abayas (robe-like attire women are mandated to wear in Saudi Arabia) and dancing to the melodies. Among the restrictions was that each customer is only allowed to purchase three tickets.

Hosny’s concert will be divided into two sections, with men and women are separated.

This comes during the same week that Saudi authorities officially signed permits for establishing cinemas, which had been closed since the 1970s, based on Islamic preachers’ banning fatwas (religious edicts).

The cultural opening comes as a part of bin Salman’s Saudi Vision 2030 for the country. He previously said that his kingdom aims to localise 50% of the leisure sector, as Saudi citizens spend $22bn on entertainment activities abroad each year. According to the vision, the kingdom will open more than 350 cinemas, with over 2,500 screens by 2030.

Despite being a religiously conservative, male-dominated society that has not had any form of art performances for years, Saudi Arabia has produced some of the Middle East’s most distinguished artists.

Mohammed Abdou, dubbed “The Singer of the Arabs”, is a well-known Saudi artist. Despite his start as a chanter of Islamic songs and Quran reciter, then soon after singing heritage songs, Abdou is one of the elders who broke the social taboo of singing about love and life. Abdou hosts concerts in almost every corner of the world.

The production company dominates the largest share of the entertainment scene in the Arab world, with 11 television channels, a magazine, radio stations, and production studios.

EGAST eyes 30% growth in sales to Europe this season

Abla: Where parts are greater than the sum