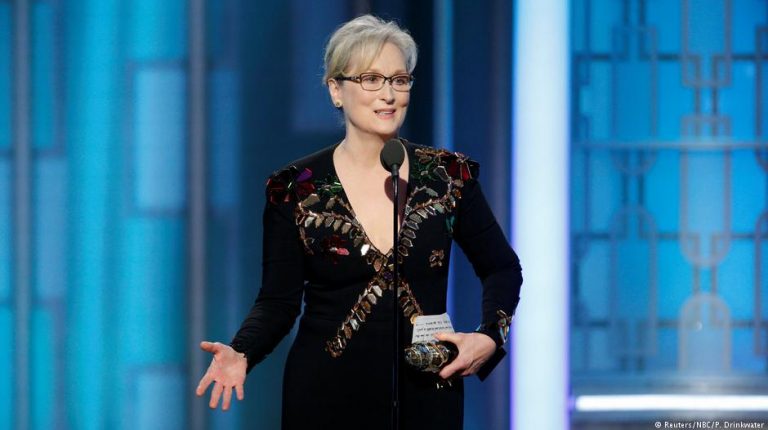 Who failed miserably and who got to the top? From Meryl Streep to Anne Imhof and Harvey Weinstein, we look back at the moments that shaped the cultural scene in 2017.It is easy to feel that the past year has been somewhat… strange. In 2017, we saw the first year of Donald Trump as US president. He has become quite a ubiquitous figure, even in cultural affairs, where he acted as the accelerator of many trends in contemporary art.

At the beginning of the year, for instance, the actress Meryl Streep made a fierce plea against divisive tendencies all around the world, and the hosts of late-night shows in the US became a sort of non-parliamentary opposition.

Even the producers of “House of Cards” had to acknowledge that before the fifth season of the popular Netflix show began, the show and its fictitious US president, Francis Underwood, had been passed up by the real thing.

But shortly before filming of the sixth season began, the creators had to face quite a different problem: numerous male colleagues accused the star of the series, Kevin Spacey, of sexual assault.

The show will now continue without Spacey, while the allegations – and a criminal investigation in the UK – may spell the end of the actor’s illustrious career.

And behind the scene …

It is safe to say that the professional life of Harvey Weinstein is over, with the Hollywood producer being investigated for sexual abuse and rape.

American actresses such as Rose McGowan, Asia Argento and Ashley Judd reported in detail how Weinstein had exploited his power, demanded sexual favors and threatened to destroy their careers if they went public with their stories.

“The Weinstein effect,” which has brought down other famous names in show business, was followed by the worldwide #MeToo debate on social media.

That said, 2017 has not been just a year of failures. Flick through the gallery above and find out all the ups and downs of the passing year.