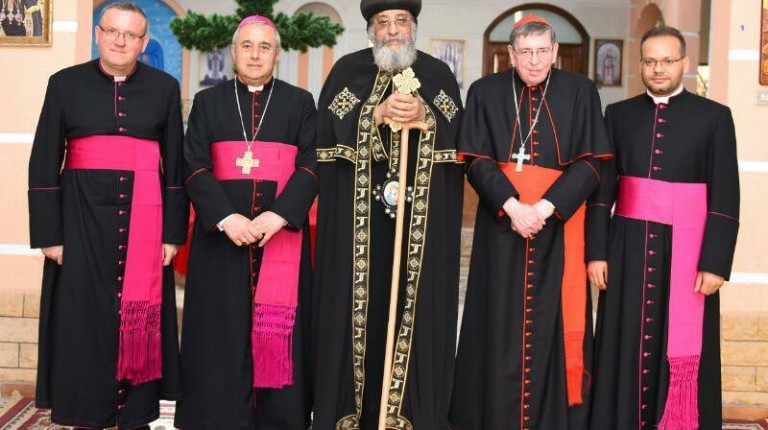 As US delegations are arriving to prepare for the visit of Vice President Mike Pence, who is due in Cairo for a meeting with President Abdel Fattah Al-Sisi, the Egyptian parliament is planning to discuss a draft law to boycot American products.

Parliament speaker Ali Abdel Aal referred the draft law to a specialised committees in order to examine and study it before discussing it in a public session.

According to state-owned news agency MENA, parliament members asserted Sunday that Jerusalem is an Arab city, asserting the importance of countering US President Donald Trump’s 6 December decision to recognise Jerusalem as Israel’s capital and relocate his country’s embassy to the city. The move sparked waves of protests in several Arab countries and diplomatic backlash from Europe and the United Nations.

Parliament called for supporting the Palestinian cause legally and diplomatically. The head of Parliament’s majority bloc Egypt’s Support, Mohamed Al-Sweedy, described Trump’s decision as a “violation of international law.” The pro-state politician praised what he described as “the role of [our] political leadership.”

The discourse of boycott is rare in the rhetoric of Egyptian officials. Amid Egypt’s longing to invite the private sector and foreign investors to the country, it is unlikely that the calls for boycott will be approved by the government or the business community, which is influential in the political and media scenes.

Egypt has presented a resolution in the Security Council to counter the American decision. According to Reuters, the member states are likely to vote in favour of the decision, but is also likely to face an American veto.

Domestically, the Egyptian state has condemned the decision in official statements from the Foreign Ministry and the Presidency.  Although the Grand Imam of Al-Azhar and the Coptic Pope decided not to meet with Pence during his visit, as an act of protest, the presidency has not announced a similar decision.  Meanwhile, around ten protesters were arrested on Friday 10 December who were detained while demonstrating in front of the Press Syndicate in Cairo. They were released afterwards with a fine.

News reports by the Washington Post and Blomberg have suggested that the visit will assure Egypt remains a close ally in the region, despite the ongoing diplomatic tensions due to Trump’s decision.

In blow to Trump, 128 countries vote in favour of Jerusalem resolution at UN General Assembly

AT Lease considers expansion as company lists 24% of its shares

Op-ed review: Jerusalem, the Palestinian cause, and the Arab world