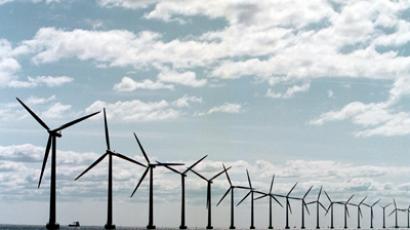 Siemens Gamesa is set to add 380MW to the national electricity grid from Gabal Al-Zayt wind farms during the first quarter (Q1) of 2018.

Sources at the New and Renewable Energy Authority (NREA) said that Gabal Al-Zayt project implementation rate stood at 80%, surpassing the time schedule set for the project by Gamesa.

The renewable energy company will also add 40MW by expanding Gabal Al-Zayt 1 wind farm to reach 240MW, up from 200MW. The expansion will be financed by Germany’s Development Bank (KFW), the European Investment Bank (EIB), and the European Commission.

The sources added that the three power projects in Gabal Al-Zayt region will contribute to the provision of fossil fuels that can be used to produce more power capacities, protect the environment, and reduce emissions.

On the other hand, the NREA intends to announce the winning company in its tender to establish a 26MW solar power plant in the Kom Ombo area of Aswan, in cooperation with the French Development Agency (AFD), within a maximum of two months. The project’s investments amount to €40m.

According to the sources, the winning company will carry out the project on Photovoltaic (PV) systems and will be operational in 2019.

The NREA also aims to establish a solar power plant with a capacity of 20MW in Hurghada, in cooperation with the Export–Import Bank of Korea that tasked SUNJIN Engineering and Architecture to prepare the feasibility study of the project. SUNJIN has completed the feasibility study of the project, which was then sent to the consultant after adding NREA’s observations. The project is scheduled to operate in 2021 within the five-year plan 2017/2022.

Negotiations with Siemens on wind farms stop for 2nd time