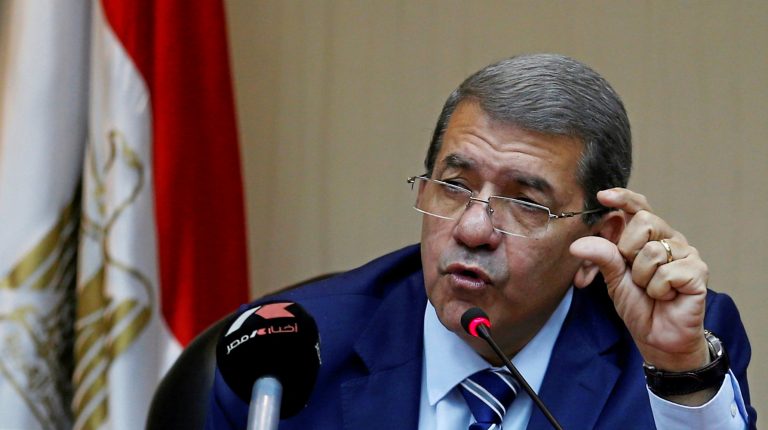 Egypt’s funding gap is expected to hit $10-12 billion in the current and next fiscal year, Minister of Finance Amr El-Garhy told Daily News Egypt in an interview on Tuesday.

“Our expectations for the funding gap when we started our reform programme to come in $34-35 billion, now we expect about 12-14$ billion for the current fiscal year,” El-Garhy explained.

Funding gap is the amount of money needed to fund the ongoing operations or future development of a business or project that is not currently provided by cash, equity, or debt.

Funding gaps can be covered by investment from venture capital or angel investors, equity sales, or through debt offerings and bank loans.

“For the current fiscal year we expect it to stand at $12 billion, for the current and next it should hover around $12-14 billion,” the minister added.

“The ministry eyes all alternatives to bridge the gap,” the minister told Daily News Egypt.

According to Egypt’s economic reform programme, the funding gap is to reach $30 billion over three years ending on 30 June 2018.

“We consider all options to bridge this gap including going back to international debt market again,” El-Garhy added.

Egypt raised $3 billion in a Eurobond sale on Wednesday, about twice as much as targeted and at lower cost than when the same bonds were first sold in January, suggesting foreign appetite for the country’s debt is growing as it makes economic reforms.

Last May, Egypt returned to international debt markets and raised $3 billion from a Eurobond sale to cover its financing needs following its successful sale earlier this year of $4 billion in 5-, 10- and 30-year bonds.

The country has sought to lure back foreign investors following a 2011 uprising that drove them away.

“The sale of bonds plus anticipated payments from foreign institutions “means we have largely succeeded in plugging the financing gap at least for the current fiscal year,” he added.

Egypt signed a three-year $12 billion International Monetary Fund programme in November attached to reforms including a value-added tax and subsidy cuts to curb the budget deficit, moves the IMF said would boost its fiscal position.

Egypt has been negotiating billions of dollars in aid from various lenders to help revive an economy hit by political upheaval, and to ease a dollar shortage that has crippled imports and hampered its recovery.

A full version of the interview will be published next Monday in our Euro Money special edition.

How to benefit from ITIDA’s commercial trips programme?