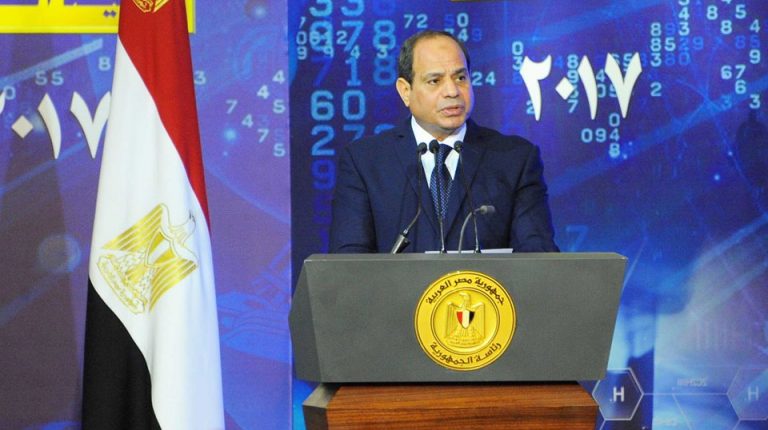 President Abdel Fattah Al-Sisi announced Sunday the launch of four new awards to be dedicated to young inventors at the amount of EGP 250,000 each, in the fields of agriculture and food, medicine, power, water, and industry.

This came during the president’s speech during the celebration of Science Day, where he further ordered the establishment of a new fund to support genius youth.

Al-Sisi suggested that the private sector and the civil society should participate in this fund with part of their budget for social responsibility. He said that the fund would also support establishing Egypt’s city for science, technology and invention in the New Administrative Capital.

“The constitution paved the way for you, Egypt’s youth and scientists, made education a right for all, guaranteed the freedom of scientific research, obliged the state of supporting researchers and inventors, and guaranteed intellectual property. The state supports the activities of scientific research. In the last three years the government has increased expenditure on researching from EGP 11.8 billion to EGP 17.5 billion,” the president added.

Article 23 of the Constitution stipulates that “the state shall sponsor researchers and inventors and allocate a percentage of government spending to scientific research equivalent to at least 1% of the Gross National Product (GNP), which shall gradually increase to comply with international standards,” and adds effective means of contribution by private and non-governmental sectors and the participation of Egyptian expatriates in the progress of scientific research.

Al-Sisi added that science and technology are the main components of the comprehensive development, and the Constitution paved the way for Egyptian youth and scientists, and obliged the state to support them.

Al-Sisi also ordered the Minister of Higher Education and Scientific Research to consider the needed measures to increase the number of awards granted by the state.

Al-Sisi said that he believes that science is the base of technology, technology is the base of production, and production is the axis of development. “The nation, which aims for a bright future, has to put modern science in the right place, because it is the most effective way to achieve our aimed sustainable economic growth and comprehensive social development,” Al-Sisi added.

Al-Sisi stressed that the society needs new scientific and technological outputs in the fields of medication, agriculture, food, petrochemicals, space, cars, and alternative power, in addition to water, communication, and information technology.

“I was always keen on meeting young intellectuals and Egypt’s scientists to send a message that the state understands the role of science and scientists and is keen on honoring scientists and benefiting from their knowledge and experience,” Al-Sisi said.

Egypt is looking forward to more from the civil society, private sector, and businessmen to allocate more investments in scientific research and technology.