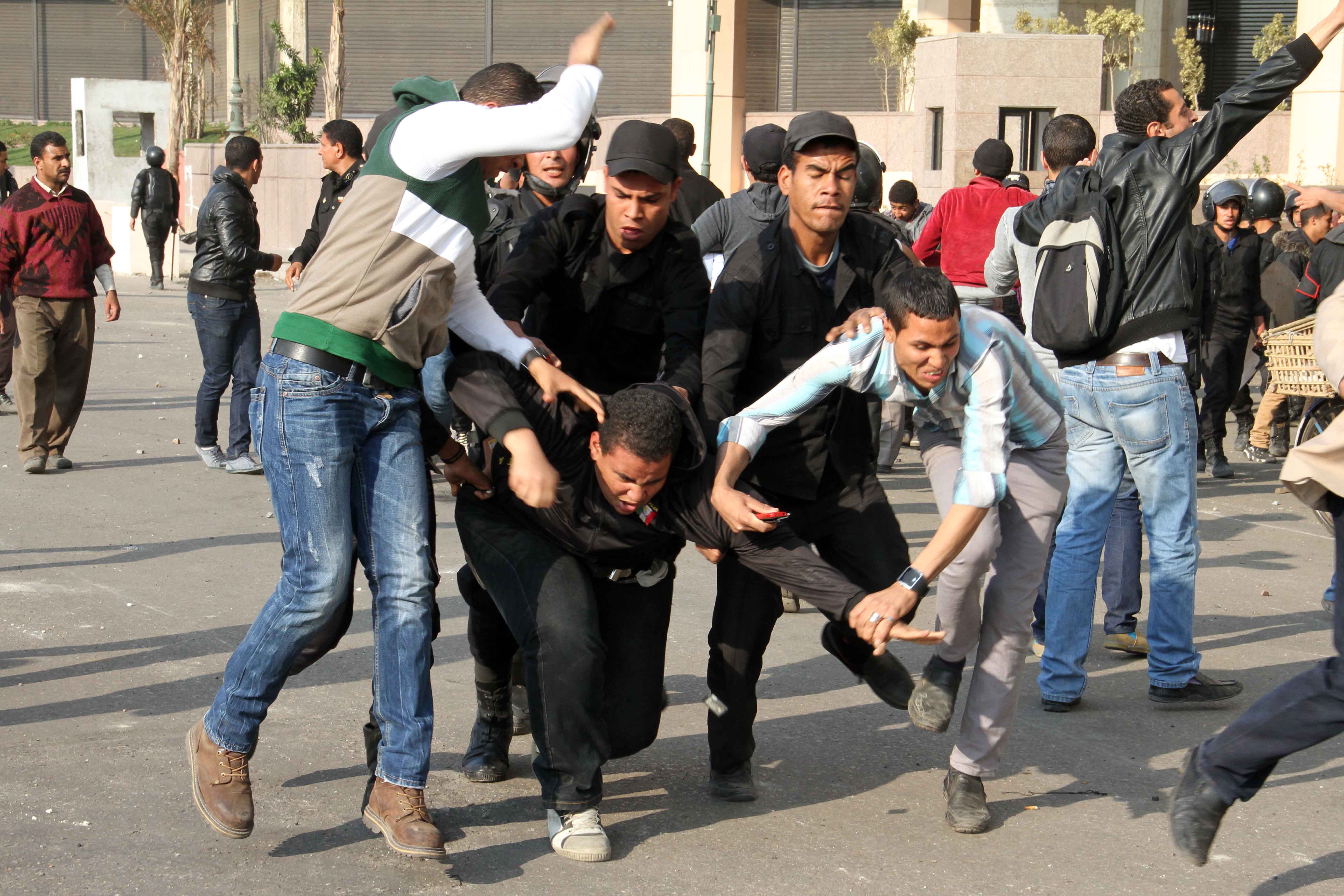 An alleged member of the Muslim Brotherhood, Ahmed Hamed died Sunday morning at the Fayoum police station’s detention facility. His family claims he was tortured, while security officers deny.

Hamed’s family, originally from Manshat Abdallah village, said that upon hearing the news of the death, they headed to the police station, but officers did not allow them in. The body then was transferred to the hospital.

They accused the police of torturing him due to his affiliation with the Brotherhood, and said that he was being tortured since he was “kidnapped” last week. The family received the body, only after they signed permission for burial. Hundreds attended Hamed’s funeral.

The Ministry of Interior, however, said that Hamed died due to high body temperature inside the detention room at the police station. It added that Hamed was arrested on charges of “making bombs to use in terrorist operations”.

The ministry also said that he suffered from a number of diseases, and his health deteriorated in the detention centre, adding that he died upon reaching the hospital.

Several activist groups and the Muslim Brotherhood accuse the Egyptian government of not offering enough medical assistance to detainees in prisons.

In a recent development, Aisha Al-Shater, daughter of prominent Brotherhood member Saad El-Shater said that her father is suffering from “a lack of medical treatment and the refusal of the prison authority to let medications in”. She added that her family finds El-Shater in a worse condition every visit. She described police negligence as “slow murder”.

After increased criticism from human rights organisations, the human rights’ department of the Ministry of Interior announced that citizens who claim they have been abused by police personnel should report them.

Similarly in May, leading Muslim Brotherhood figure Farid Ismail died in Aqrab prison “after Aqrab Prison administration refused him necessary medical tests and treatment”, the Brotherhood said in a statement.