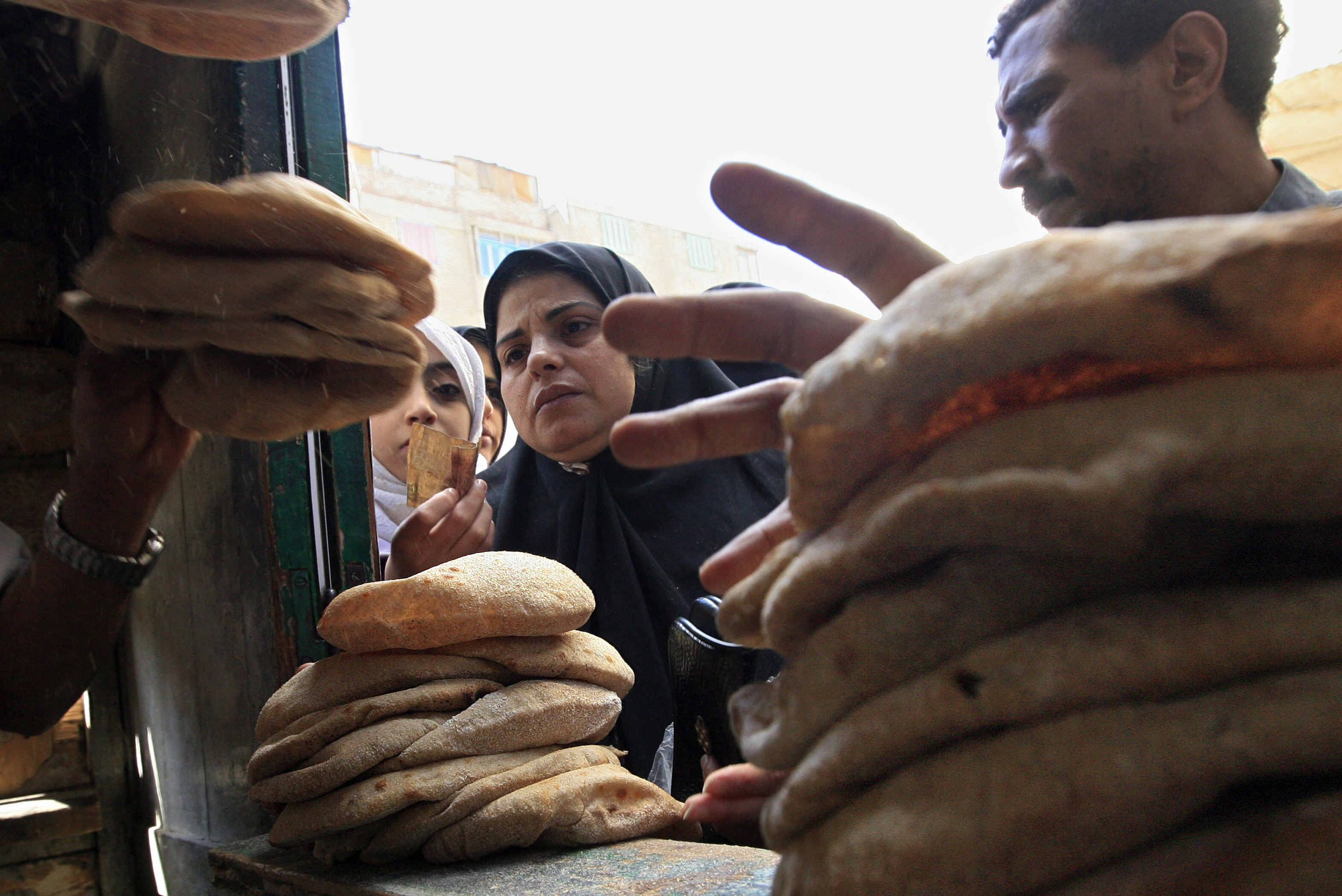 One in five Egyptians are suffering from food insecurities due to “structural issues in the food supply system” Australian independent research institute Future Directions International (FDI) said in its latest report on Egypt.

The non-profit research institute said the average Egyptian household spends over 40% of its income on food while poor households spend over 50%. This means that poorer households are even more vulnerable to price increases.

A 2011 World Food Programme report, The Status of Poverty and Food Security in Egypt, said that there was an “increase in the prevalence of combined food insecurity and income poverty in Egypt to 17.2% (an estimated 13.7 million people) in 2011, up from 14% of the population in 2009”.

“Poverty has risen by 40% in the past decade to affect over quarter of the population, some 12 million people,” FDI said, adding, “almost another 20 million are hovering just above that level.”

The report added that with current conditions, the vulnerability to food security will persist and will continue to exist unless stability is reached and major reforms are implemented.

“The Nile is Egypt’s only renewable water source, but the shifting geostrategic balance between states in the Nile Basin means it is likely to lose part of its share of the Nile’s flow,” FDI said on water insecurity.

The study mentioned that the scarcity of water will severely impact food security as 80% of the country’s water is used in agriculture. It indicated that as the water flow shrinks, the food production capacity would fall.

“It is crucial that the Egyptian government accepts that it is no longer in a position to bully upstream states into forgoing their water entitlement,” FDI said. “The geostrategic framework of the Nile Basin is changing and Egypt cannot continue to act unchallenged as the regional hegemon.”

A 2013 United Nations World Food Programme (WFP)study estimated that total losses suffered by Egypt in 2009 from child malnutrition reached EGP 20.3b, equaling 1.9% of the country’s GDP.

The analysis showed that Egyptian families bear the bigger share of health costs with 73%, about EGP 849m, falling on them. The remaining 27%, EGP 321m, are costs handled by the Egyptian healthcare system.

The reduction of the current levels of undernourished children by half could save up to EGP 732m annually, the UN study said. It added that a reduction of up to 10% could yield an average annual saving of an EGP 907bn.