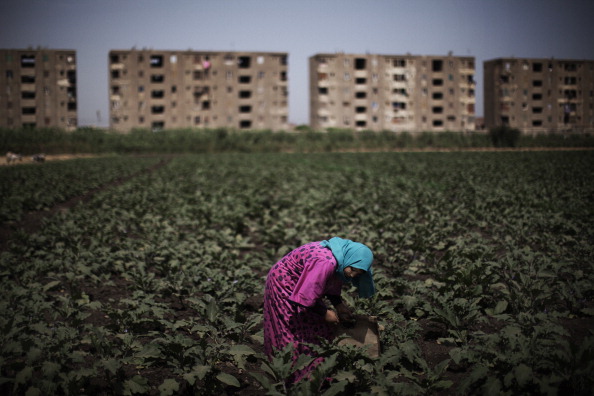 Egyptians lack awareness of hepatocellular carcinoma (HCC), a primary liver cell cancer and one of the deadliest types of malignancy, contributing to its continued spread, according to a newly published report.

Among the largest causes of HCC are chronic infection with hepatitis C virus (HCV), occupational exposures to pesticides, and contamination of diets with aflatoxin B1.

Egyptians living in rural areas that handle pesticides generally lack knowledge of HCV, according to the report, which said that its sample of respondents were “unaware of the major transmission routes for the virus” and “suffered profound misconceptions regarding the prevention of [hepatocellular carcinoma] HCC.”

The study, carried out by the Institutional Review Boards of Georgetown University and the National Cancer Institute of Cairo University, surveyed two villages in Menufiya and Giza and randomly sampled 67 Egyptians, questioning them about the adverse health effects of pesticides.

The survey found that more women (74%) than men (48%) reported using pesticides. However most men and women were “unaware of the adverse health effects of pesticides use” (62% and 61% respectively).

Of the 67 Egyptians surveyed, only 26 participants said they had been told about possible adverse health effects following the use of pesticides.

The study also revealed problems concerning proper awareness for HCV, one of Egypt’s largest health crises. A total of 22% of respondents stated that they did not know the cause of HCV infection. Among those who claimed they did know, 81% named incorrect modes of HCV transmission like polluted drinking water, food, and air. 45% of all the participants in the study stated that they did not know HCV infection manifested.

Participants in the study also detailed what they believed would be the most effective avenues through which to provide information concerning HCV infections. Eighty-two percent of respondents said physicians would be the best sources for education concerning how to handle infections, while television, billboard and signs, and religious leaders also ranked among some of the more popular choices for awareness.

Egypt has the highest prevalence of HCV in the world, estimated at roughly 10 million, with as high as 24% of Egyptians in rural areas infected.

The study pointed out that “intra-familial” spread of HCV as the most important route of transmission, but also cited the widespread use of pesticides, diets that are contaminated by aflatoxin B1 in rural areas, and the standard treatment for HCV infection as other ways it gets spread.

Egypt’s high fertility rate also means that society faces “an increasing burden of patients who acquire the virus in childhood or young adulthood.”

Earlier this year Gilead Sciences  announced it would supply an expensive treatment for HCV to Egypt at a 99% discount. The drug is priced at $84,000, but the discount will put the 12-week course at $900.