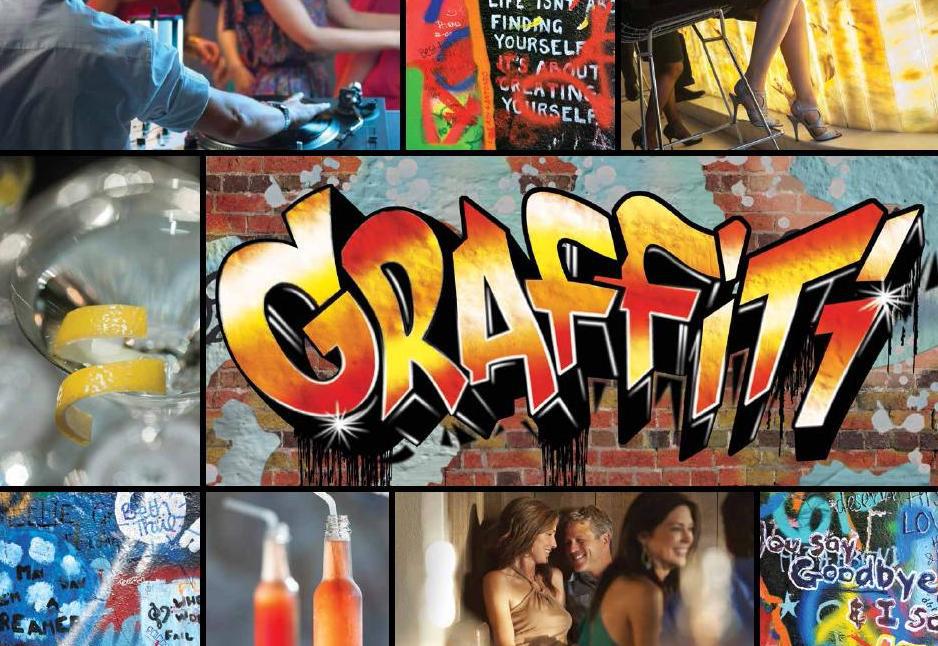 Revellers in Egypt have long complained about the lack of an all-round nightclub. Most clubs in Egypt are lacking one component or another; either the music is terrible, the cocktails are awful or the general ambience was off-putting. The Four Season’s Graffiti, however, has confronted this Cairo nightlife perplexity. Complete with a lounge, cocktail bar and an overall London-club-vibe, Graffiti looks like it’s going to be in as a competitor for the long haul.

On the second floor at the lavish Four Seasons Hotel, it’s an experience in itself to walk through one of the best hotels in Cairo up to the club. It was a Thursday so we expected a similar experience to the other five or six hotspot clubs in Cairo: overly crowded with loud partygoers trying to get in. This was not the case outside the club’s two ostentatious doors, where three bouncers stood with a young woman behind a clipboard quietly organising the entrance. Neon blue wristbands with the club’s name were given to complete the feeling of exclusivity. This was an introduction to the night we were about to experience.

Walking inside Graffiti, two large aquarium tanks were set up on either side providing a sense of innovation, something which other clubs lack. The massiveness of the club was overwhelming, with one huge lounge area set up to accommodate over 100 people and another with tables to accommodate around the same number. Two bars were spread out to accommodate the size of the club, with the trendier one placed near the entrance. The odd mix of graffitied walls, Beatles-themed menus and simple yet stylish furniture confused us, but upon reflection, the intent was clear enough: originality.

Prices were noticeably cheaper than other bars and clubs, ranging from EGP 20 for non-alcoholic cocktails to EGP 250 for a cocktail pitcher.

Service was swift and our bartender’s skills were impressive, his drink knowledge expansive, with over 70 choices on the menu – likely any cocktail you could want. Reviewing the drinks, my companion praised the Long Island ice tea for being “balanced and well-mixed”.

“The shots were fresh and provided a surprisingly pleasant taste,” he commented. “The Dodo, a shot with vodka lemon and Tabasco, was tasty, and the Tabasco, whilst spicy, didn’t burn.”

The mini Burgers were delicious and supplied with delectable chips, as innovative as the club itself.
The music initially was chill-out lounge music, which surprised our expectations of progressive house or the trendier tech house tunes. Later on the night and with the club filling up, another DJ started playing commercial top-20 remixed music. Many clubs are currently moving away from playing commercial music and independent parties are gaining popularity for attracting renowned DJ’s. If Graffiti goes that extra mile, it will definitely attract the majority of the partygoers in Egypt.

Although giving us a taste of a proper London club, Graffiti impressed us with its unique style. Graffiti mixes elegance and funkiness in a single nightspot and the management certainly understands what it takes for a club to be complete. This was definitely lacking in Egypt. Partygoers inside said they stopped going to other “run-down” clubs due to a decline in quality and service, something which does not appear to be a problem for Graffiti.