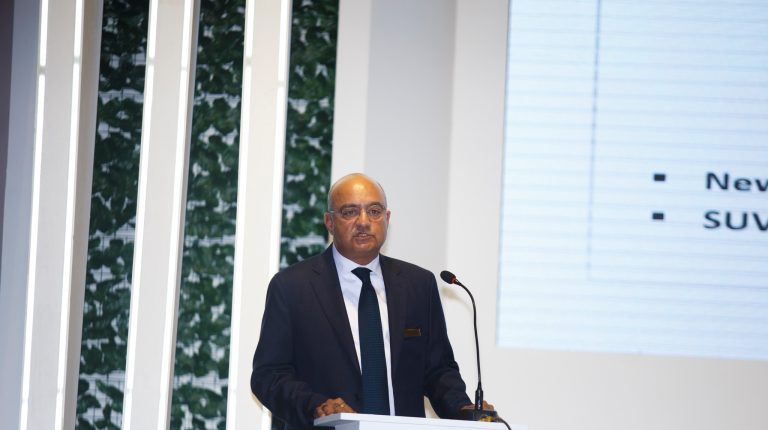 The seventh edition of the Egypt Automotive Summit kicked-off under the title of ‘The Government’s 2030 Plan: The Plan for the Development of the Mass Transportation Sector,’ with the participation of many workers in the automotive industry and trade and representatives of a number of concerned institutions and ministries.

Ankush Arora — CEO of Al-Mansour Automotive — said that the sector was affected by the changes that occurred in the markets locally and globally.

He pointed out that many Asian markets control about 50% of the industry, and most of the production requirements come from Asia — especially China — and all these developments occurred only in the last decade.

He also explained that the chip shortage crisis is global and that the price of e-chips has doubled due to their unavailability in markets.

“We hope that by next year, there will be a breakthrough in this crisis,” he added.

He said that the negative repercussions of the Russian-Ukrainian war caused an increase in the prices of all production inputs, which was reflected in the automotive manufacturing industry in all countries, many of which suffer from high inflation rates.

Arora said that 60% of the neon used in the automotive industry comes from Ukraine and this affects the industry greatly. Regardless, with the spread of the pandemic, the government moved towards launching many initiatives that brought about a development in the industry in early 2021.

He noted that the past five years witnessed the launch of many initiatives in all countries to convert to green energy and rely on electric cars. All companies seek to provide their customers with cars at reasonable prices to facilitate the process of acquiring electric cars.

He explained that the coronavirus affected the auto industry in 2020, and in 2021, the production process began to improve significantly by up to 65%.

“We are seeing a change in the standards of customers. Some brands are preferred by young people because they are comfortable and enjoyable. As for transformation in terms of technologies, we see that the level of demand has changed, and the legislation in Europe and the US too. Car manufactures have become dependent on the technology and techniques of car driving. More than 60% of cars are now connected to the internet,” he said.

Mike Whitfield, Chairperson of Nissan Africa and President of the African Association of Automotive Manufacturers (AAAM), guest of honour at the conference, said that car production in Africa amounts to about 1% of the total car production and we expect that by 2023 it will go up.

Amal Al-Sheikh — Chairperson and Managing Director of Shell Lubricants Egypt — said that the company is always interested in developing the lubricant oils sector for its customers in the Egyptian market, and this is always part of the company’s strategic plan.

She indicated that she seeks to monitor all challenges to work on resolving them during the coming years to keep abreast of developments taking place in foreign countries by relying on clean energy to preserve the environment.

She explained that Shell’s global strategy pays attention to final consumers through many partnerships with companies operating in the automotive sector locally and globally, in addition to conducting many international researches to provide the best quality of oils.