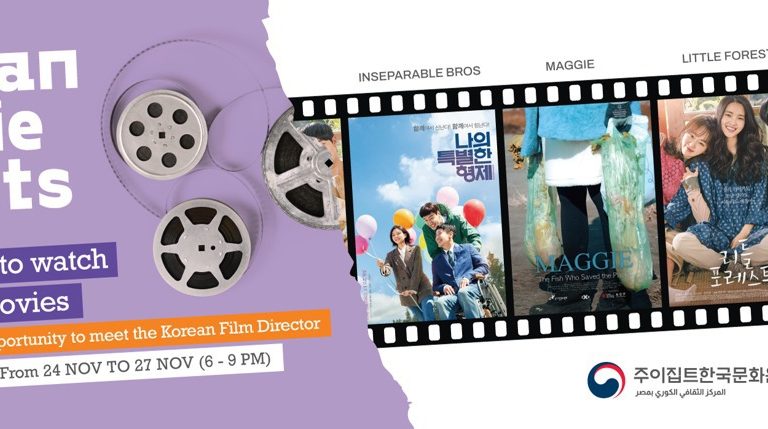 For the first time, directors of the four movies will be invited to attend the screening of their movies, which will be followed by an open discussion with the audience in order to answer any questions they may have regarding the content of their films.

Professor Han Seon-hee of the International Film Business Academy of the Busan Asian Film School will take part in those discussions in order to elaborate more on the Korean film industry and how South Korea established itself as one of the world’s most exciting film hubs.

Under the auspices of the Korea Film Council’s Overseas Korean Film Screening Event Project, the festival will include a Korean film exhibition corner, which aims to enrich audience’s knowledge about Korean film genres.

The opening film will be Inseparable Bros by Yook Sang-Hyo. Inseparable Bros is a 2019 comedy-drama film based on a true story that depicts a special friendship between two people. The film follows their lives, which are brought together by fate in rather dismal conditions to form a bond that is beyond that of blood relations.

On the second day, Little Forest — a 2018 drama film by director Lim Soon-rye — will be screened. Little Forest is known as a healing film that introduces all four seasons and the food that is distinctive to each season.

Maggie — the first feature film by director Yi Ock-Seop — will be screened on the third day.  Maggie is a 2019 comedy-drama film that was produced as part of a human rights film project. The movie revolves around the misadventures of a young nurse working in a hospital.

Finally, Cassiopeia by director Shin Yeon-shick will be screened on the last day. Cassiopeia is a 2022 drama film and tells the story of a daughter that loses her memory due to Alzheimer’s and lives a new life with her father. Cassiopeia won a prize at the 2022 Korean Association of Film Critics’ Awards.

In addition to the film screening event, a seminar on the Korean film industry will be held on 27 November at the Academy of Arts’ Higher Institute of Cinema in order to build bridges between academics and cinema professionals in Egypt and South Korea.

Oh Sung-Ho — Director of the Korean Cultural Centre — said that Inviting Korean directors to take part in the event for the first time will no doubt provide a great opportunity for people interested in Korea to enjoy its movies while deepening their understanding of the culture and society through cinema.

The director also said that the centre will continue holding film-related events in Egypt, which is the cultural powerhouse of the Arab world and the Hollywood of the Middle East, to promote the intercultural exchange and understanding between the peoples of the two countries.

The K-Movie Nights will begin with an opening ceremony at 6 pm on 24 November. The doors will open at 5:30 pm and audiences will be able to enjoy a variety of activities at the venue, which is at 13 SHAGARET EL-DOR, ZAMALEK.