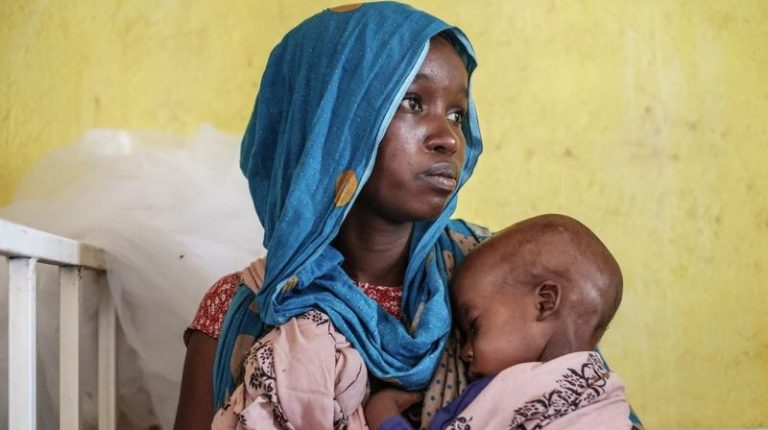 The United Nations Children’s Fund (UNICEF) on Saturday called the donor community for funding to provide lifesaving support to conflict and drought affected children in Ethiopia.

It said the requirements represents an increase of over $281m from 2021, primarily due to the expanding conflict in northern Ethiopia, increased needs due to climatic shocks including severe drought, failed harvests, public health emergencies, and deepening food insecurity across the country.

To date, $201.6m has been received towards the appeal, representing, with the carry forward from 2021, only 38 percent of the required needs to reach children and their families with critical life saving support, it said.

Within the appeal, funding dedicated to the Northern Ethiopia Response Plan is budgeted at $223.1m and fully incorporated in the HAC.

Furthermore, due to the severe drought that has impacted close to 17 million people across four regions in south and southeastern parts of Ethiopia, another $202.9m within the HAC has been dedicated to the drought response.

“The UNICEF appeals for support to close the remaining gaps and to ensure that children and their caregivers receive lifesaving support,” the report read.

Meanwhile, the UNICEF commended its donors who have already provided critical support towards UNICEF’s HAC, including China, Australia, Canada, and the Central Emergency Response Fund (CERF), among others.

According to the UNICEF, the ongoing conflict in northern Ethiopia has led to an increasingly volatile security environment and a deteriorating humanitarian situation across the Afar, Amhara, and Tigray regions.

It further emphasized that the effects of drought and conflict continue to converge in eastern and southern Ethiopia, driving displacement and disrupting pastoralist and agro-pastoralist livelihoods.