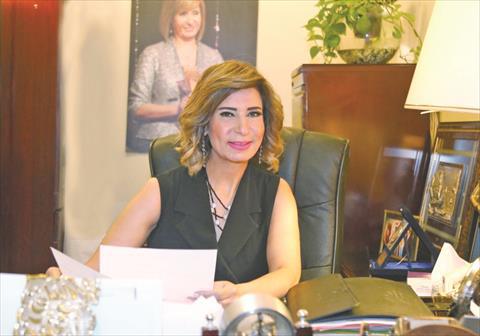 The 31st Arab Music Festival started last Thursday at various theatres of the Cairo Opera House. Prominent artists from most Arab countries participate in the most important musical event in the Arab world.

Daily News Egypt interviewed Jihan Morsi, the festival’s director, to learn about the efforts made by all those in charge of the event to make it a success. She said the festival reduced ticket prices to allow all categories of audience to attend the festival and enjoy authentic music.

Mohamed Mounir’s participation for the second year in a row in the festival is considered a great success. How did it happen?

He is a great artist and a dear friend. I spoke to him over the phone, and told him that his participation will add value to the festival, and he answered: “My pleasure!”

What about the rest of the singers? Was it easy to contract them?

The festival has a good reputation in all Arab countries. All Arab singers would love to perform in Egypt because they know exactly how much the Egyptian public appreciates art in general and music in particular.

How do you see the Egyptian singers who have been regulars in the festival for years?

Their presence gives great weight to the event. They are Hany Shaker, Medhat Saleh, Mohamed El-Helw, and Ali El Haggar, and their concerts are always sold out. These are great stars, artistically and morally. They bear responsibility for the success of the festival at a time when there was low participation from non-Egyptian stars.

Did any singers decline to participate in this edition?

We contacted Marwan Khoury, Ahlam, and Kazem El Saher, and they welcomed the invitation, but could not participate as the festival was rescheduled from November to October, which made it difficult for them as they have other earlier-agreed concerts at the same time.

Why did Saudi singer Mohamed Abdu miss this year’s edition?

The great Saudi star participated in previous editions without any wages. But, unfortunately, he had to perform in other concerts in Saudi Arabia at the same time of the festival.

Tell us about the size of Arab participation in the festival.

All stars in the Arab world welcomed the Arab Music Festival, although the festival’s wages are very symbolic and some of them were unpaid. We have participants from Lebanon, Saudi Arabia, Tunisia, Morocco, and Iraq. We have ever had such wide participation in the festival.

Will ticket prices be affordable?

This is a commitment from the festival to make its concerts affordable to all groups of the Egyptian audience who love authentic music. We have the desire to attract the largest number of young people. Hence, we set the starting prices at EGP 300, and this is very low compared to other concerts in various Egyptian places. In addition, the concerts will be broadcast live for those who did not have the opportunity to watch them in theatre.