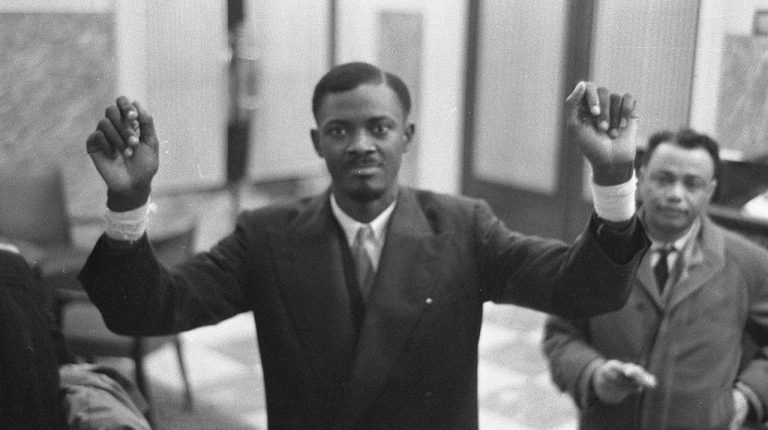 The Democratic Republic of Congo (DRC) markets the 62nd anniversary of its independence on Thursday 30 June.

The Central African country gained its independence from Belguim on 30 June 1960, after a long struggle against occupation.

In June 1960, at the handover of power, Belgian King Baudouin praised the colonial administration and spoke about his ancestor, Léopold II, as the “civiliser” of the country.
He didn’t mention the millions of Congolese who died under his reign.

Afetwards, Lumumba poke about the violence and degradation that the Congolese had suffered on the hands of the Belgians.

In devastating rhetoric, interrupted by rounds of applause and a standing ovation when he concluded, he described “the humiliating slavery that was imposed on us by force”.

Ludo De Witte, who wrote an account on the Congolese PM assasination said that the Belgians were stunned, as they “never before had a black African dared to speak like this in front of Europeans.”

Lumumba was seen as having humiliated the king and other Belgian officials.

Shortly after independence, the country was hit by a Belgian-backed secessionist movement in the Katanga province.

Afterwards, Belgian troops were sent in on the grounds that they would protect Belgian nationals, but they also helped support the Katangan administration.

In October 1960, the walls were closing in for Patrice Lumumba. Months earlier, he had been celebrated as the Congo’s first democratically elected prime minister after decades of brutal colonial rule.

Afterwards, he was overthrown in a coup and was being kept under house arrest by his political opponent.

With Lumumba’s life at risk, the Egyptian government under Gamal Abdel Nasser proposed a dangerous and unusual plan to have three of Lumumba’s young children smuggled out of the country and away to the safety of Cairo.

On January 17, 1961, Lumumba suddenly disappeared. In February 1961, his body was found with the bodies of some of his closest comrades in Katanga. He was murdered by separatists and Belgian mercenaries.

Just before his assassination in 1961, Lumumba asked former Egyptian President Gamal Abdel Nasser to take care of his family.

His death caused an international scandal. The Assassination of Lumumba, which provided evidence that the Belgian government, with the complicity of the United States, was largely responsible for his death.

His assassination and the brutal history of Belgian control of the Congo have been enduring sources of pain between the two countries.

Lumumba’s assassination sparked anti-Belgian protests in Cairo, during which the Belgian Embassy was burned.

In 1971, late President Mobutu Sese Seko came into power through a coup d’état and renamed the country Zaire.

On May 17, 1997, Laurent-Désiré Kabila installed himself as head of state and changed the country’s name to the Democratic Republic of Congo (DRC).