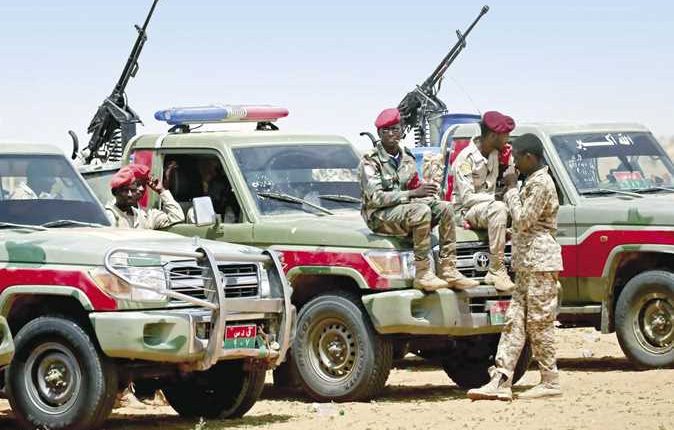 President Abdel Fattah Al-Sisi expressed his sincere condolences and sincere sympathy to Chairperson of the Sudanese Sovereign Council Lieutenant-General Abdel Fattah Al-Burhan and to the people of Sudan on the execution of seven Sudanese soldiers by Ethiopian forces.

On Monday, the Sudanese Ministry of Foreign Affairs summoned its ambassador from Ethiopia for consultations and Ethiopia’s ambassador to Khartoum to protest the execution of the soldiers and a Sudanese civilian.

It also said that the Ethiopian army’s actions are a heinous crime that violate the principles of international humanitarian law, stressing that Khartoum retains “the full right to defend its territory and the dignity of its citizens.”

Furthermore, the ministry said it lodged a formal complaint to the Security Council and the relevant international and regional organisations.

The Sudanese army said in a statement on Monday night that the Ethiopian army “executed” seven Sudanese soldiers and a civilian who had been held captive for months.

In its statement, the army said that “Ethiopia displayed the bodies of the executed people to the public.”

It added that this travesty will not go unanswered and that it will respond to this.

Tensions between Sudan and Ethiopia have escalated in recent years due to the repercussions of the conflict in the Tigray region in northern Ethiopia and Ethiopia’s construction of the Grand Ethiopian Renaissance Dam on the Blue Nile unilaterally.

Moreover, tens of thousands of refugees have fled to eastern Sudan, and there have been military skirmishes in an area of disputed farmland along the Sudanese-Ethiopian border.