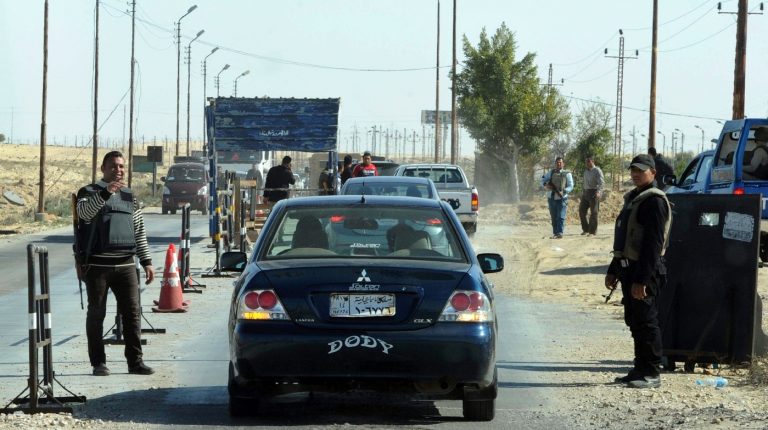 Two militants were killed on Friday as they attempted to attack a security checkpoint in South Sinai’s Ayon Moussa district, the ministry of interior said in a statement.

The deceased perpetrators-one of whom had an explosive belt-attempted in the early hours to assault the checkpoint which is manned by police personnel. An exchange of fire with the security of forces led to their death, and the dismantling of the explosives.

The ministry’s statement said that forces intensified their search to capture other militants who fled the scene.

In an online statement circulated among its affiliates on social media, the Islamic State (IS) affiliated Sinai Province claimed the attack saying that the two militants infiltrated the checkpoint and combated with the police forces.

Ayon Moussa is located about 16 miles south of the Ahmed Hamdi Tunnel, which connects mainland Egypt with Sinai. South Sinai is a popular retreat for foreign tourists. Ayon Moussa (Moussa Springs) is located on the road to Sharm El-Sheikh with 12 hot water springs, one of the country’s most famous medical tourism spots.

Friday’s thwarted attack comes days after a suicide bomber targeted a security checkpoint in the restive North Sinai, killing four police personnel and three civilians at a Sheikh Zuweid market on Tuesday. The attack was later claimed by the IS affiliated Sinai Province.

On Thursday, police forces killed 11 militants in a hideout in Al-Arish, according to the ministry of interior. The identities of the deceased men are still unknown.

Militant attacks are uncommon in South Sinai. The last attack took place in April 2017, near a checkpoint close to Saint Catherine road which left one lower-ranking police officer dead and injured three other security personnel.

The latest attack prior to this one, which was not claimed by the IS, took place in January 2016 in Hurghada in the Bella Vista resort, where two assailants entered the hotel and stabbed three tourists, one Swedish, and two Austrian nationals, none of whom were killed.

Al-Sisi to visit Belarus in June