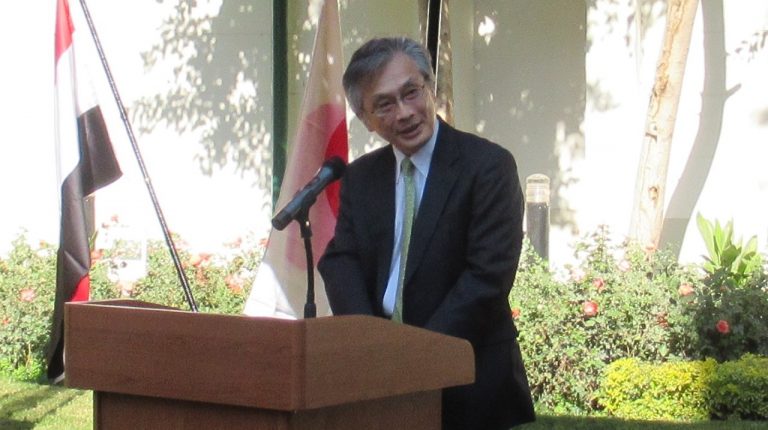 In 2022, Japan will witness great interest in Egypt, as this year will be the ‘Year of Egypt in Japan’ and many events will be held, according to the new Japanese Ambassador to Cairo, Oka Hiroshi.

His remarks came during the first tea ceremony of this year, which was held in the ambassador`s residence in the open air with all precautionary measures in place.

“Japanese experts who have prominent activity all over the world have participated in the preservation and restoration of the monuments of King Tutankhamun, which will be displayed in the Grand Egyptian Museum. We are pleased to welcome the opening of the Grand Egyptian Museum, which is a pride for Egypt and the Egyptians through the trusting relations that have been strengthened between the Japanese and Egyptian experts,” he said

“We hope that many Japanese tourists will also be able to visit the Grand Egyptian Museum in the near future, after the stabilisation of the situation and conditions surrounding the emerging coronavirus,” he concluded.

The first tea ceremony of this year was attended by a number of personalities who had a prominent and effective role in the development of relations between Japan and Egypt, as well as those concerned with the Grand Egyptian Museum.

Tarek El-Sayed, the Head of the Urasenke Tankokai Egypt Association, presented a presentation on serving Japanese tea during the ceremony.

The tea ceremony may appear to be just a ritual, but in fact, it shows feelings of respect and sympathy towards the guests.