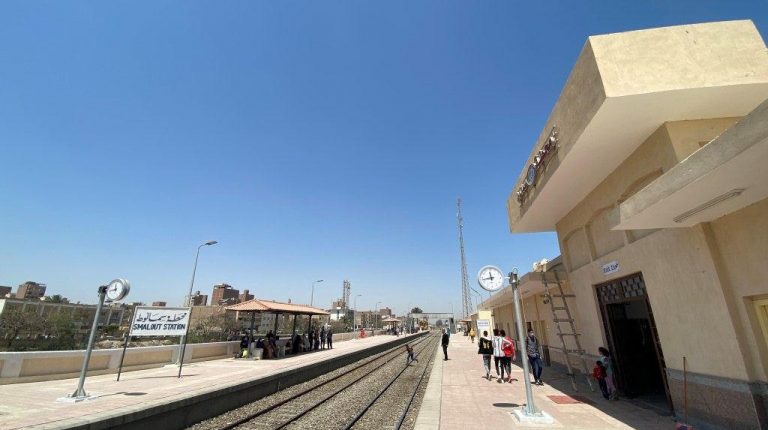 The system includes a support system and supervisory control and data acquisition (SCADA) that supervises and controls different subsystems, based on Alstom ICONIS, TLC system and a 11 kv power supply sub-station.

The Samalut section is the eighth commissioned sector of the Beni Suef-Assiut railway line, and runs for a length of 14km, connecting with the Maghagha, Beni Mazar, and Matai stations which are already in service. Overall, the length commissioned is 110 km with eight stations, 37 level crossings, and 174-point machines.

Mohamed Khalil, Managing Director at Alstom Egypt, said, “We are very proud of the great sense of responsibility and inclusivity of our Egyptian team, and thanks to their great work and dedication, we have delivered the eighth commissioned sector of the Beni Suef-Assiut Project.”

He added, “We are committed to meeting our customers’ expectations and pursuing our long-term partnership with the Egyptian National Railways. We strive to provide to the country the state-of-the-art signaling solutions.”

Alstom has been a partner to Egypt’s railways since 1971, continuously supporting railway infrastructure development in the country.

Over these years, Alstom Egypt has established a local talent pool and Center of Excellence (COE) related to signaling, power supply, and depot equipment, to support projects across its Africa-Middle East-Central Asia region.

It is this rich heritage that has enabled Alstom to make a significant contribution to Egypt’s rail industry development. Today, Alstom employs approximately 500 people in Egypt and its current projects include the modernisation of signaling system on the Beni Suef-Assiut line and two monorail lines for Cairo.

Egypt’s Suez Canal has been significant to world trade for 160 years: Al-Sisi