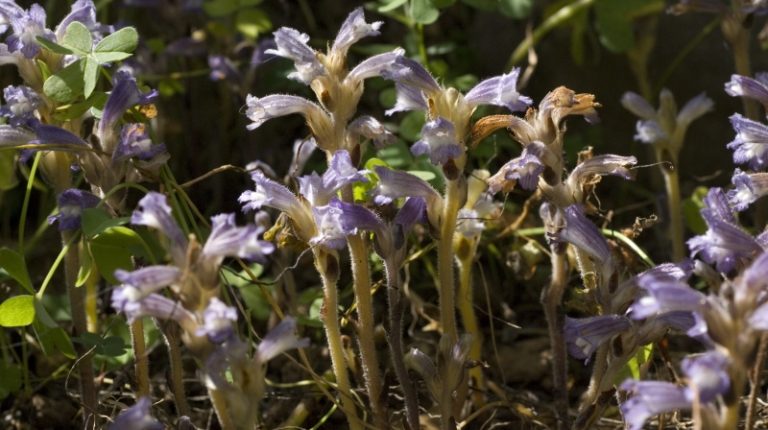 An Egyptian researcher has created a new biological biocide to eliminate, by up to 100%, the destructive orobanche lesion that affects faba bean crops.

Yasser Shabana, Head of the Plant Pathology Department at Mansoura University’s Faculty of Agriculture, said the new biocide works dynamically within the soil. As a result, it traces the orobanche seeds and attacks them until they are entirely killed off, before they even reach the faba bean roots.

Orobanche (Broomrapes) are aggressive root parasitic weeds which attack strategic food crops, such as legumes and vegetables, and threaten the livelihood of many nations. The continuous spread of orobanche limits the choice of rotational crops, often forcing farmers to give up growing the most profitable host crops, according to the UN Food and Agriculture Organization (FAO).

Shabana said that, because orobanche does not contain chlorophyll responsible for photosynthesis, it cannot create its own food. As a result, it has to resort to intruding on the bean plant to absorb the food and water necessary for its growth, severely weakening beans and potentially leading to complete crop loss.

The researcher adds that the new biocide comes in the form of granules which contains fungi that counteract the orobanche. The substance is embedded in a carrier that protects the fungi spores from adverse conditions, with the carrier also working as a food that helps the fungus to activate quickly when exposed to irrigation water. It also attacks orobanche in the soil and parasites on the plant that lead to the plant’s rotting and decomposition, and its failure to germinate.

He explains that even if some orobanche seeds escaped from the biocide in the early stages, the fungus will continue to attack the orobanche’s flowering. This would then cause the weeds to wither and die before the seeds form, with the biocide causing a decrease in orobanche seeds in the soil.

Shabana indicates that the new biocide is safe for beans and other crops, and that the results of field experiments have proven its efficacy in resisting orobanche. The biocide only specialises in this type of orobanche.

“Another important feature of using the fungus strain used as a fungicide for bean orobanche is the possibility of obtaining large quantities of fungus tolerant to difficult conditions,” Shabana said. “This plays an important role in prolonging the life of the biocide due to its resistance to drought and extreme temperatures, which makes it more suitable for production as a biocide.”

Shabana expects that the biological control factors will have beneficial effects on soil health and beneficial microorganisms. It will also provide the hard currency that Egypt spends on importing beans, as the country currently imports 65-70% of its bean needs.

According to FAO statistics, a total area of 95,909 acres was planted with faba beans in Egypt during 2018, with a total production of about 140,000 tonnes. This compares with the 1980 statistics, when a total estimated area of 244,000 acres was devoted to bean cultivation.

This means that, between 1980 and 2018, Egypt saw a decline of 148,000 acres in the amount of land devoted to bean cultivation, in large part due to the growing problem of widespread orobanche infestation. This in turn had the negative side effect of discoursing farmers from growing bean crops, which have high vitamin and other nutritional value.

Sahabana says that this new biocide will contribute to reintroducing this area of land to bean cultivation. With the use of new high-yielding varieties, Egypt will once again return to its former self-sufficiency in terms of bean cultivation, and to begin exports.

“Production of the new biocide started in 2018, but production capacity is limited and not sufficient to meet the increasing demand for this new biocide,” Shabana says. “We are in the process of registering the innovative biocide for commercial production through domestic and transcontinental private sector companies.”

The innovative biocide has been evaluated over two successive seasons in 2018 and 2019, on farming lands that have seen pest infestations. The evaluations have shown the biocide to be highly effective in eliminating orobanche.

The project received financial support from the Academy of Scientific Research and Technology. Through this, a limited production line for the new biocide was designed and implemented at the Faculty of Agriculture at Mansoura University.

This new biocide will be a particular boon in countries where the orobanche has proven to be prevalent, including in several other countries across the Middle East. It can also be applied to other legume crops such as lentils, peas and chickpeas, according to Shabana. 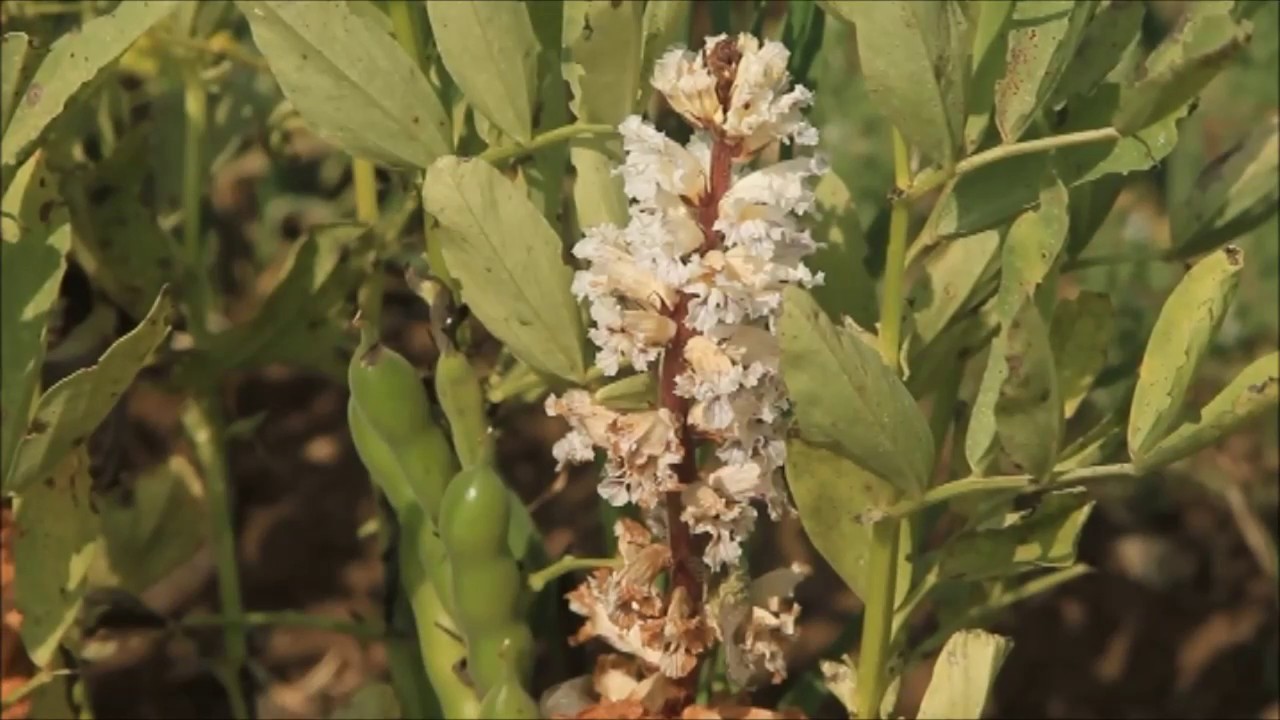 Haidy Abul-Naga, a Professor of Plant Pathology at Assiut University, says that orobanche is a fast-acting fungus and damages agricultural crops, especially legumes like beans. She believes that, to date, biocides are the best means of eliminating threats to the production of legumes in Egypt. This is especially as they are safer than chemical biocides and do not cause any harm to human health, soil or the plant itself.

But Abu Al-Naga says that for the suggested biocide to be approved, it requires greater study at the national level, and in cooperation with different research agencies to conduct experiments in different environments. This would also require study of its efficacy during different agricultural seasons to see how it reacts to different climatic inputs.

She further called on Egypt’s Ministry of Agriculture and the Agricultural Research Center to conduct applied studies on the proposed biocide. This would look into its effectiveness in relation to Egypt’s different agricultural environments, before it could safely be approved for use in all environmental conditions, rather than those specific to Egypt’s Nile Delta environment.

Thaer Yassin, the Regional Plant Protection Officer at the FAO office for the Near East and North Africa, explains that the use of biocides in agriculture is one of the top priorities in the FAO’s work. He notes, however, that for the FAO to support this innovative biocide, Egypt’s Ministry of Agriculture should adopt and provide further information to the organisation.

Commending Shabana’s efforts in creating the new biological biocide, Yassin says, “The FAO does not provide any support in research areas, but rather provides final technical support, and work to register the fungus as a biocide, and this needs at least two years of research to ensure that it is not a fungus or that the material carrying it does not harm the environment, or to public health, or to animals and fish.”

Yassin notes that one of the benefits of getting rid of the orobanche is that it will lead to a greater yield of pest-free faba beans, which are rich in vitamins, which can then be exported to countries that consume it as food.