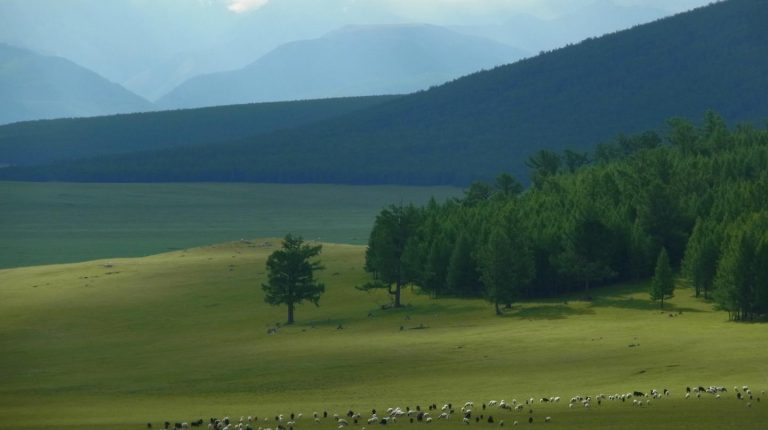 The historic economies of Mongolia are among the least understood of any region in the world. The region’s persistent, extreme winds whisk away signs of human activity and prevent the buildup of sediment which archaeologists rely on to preserve the past. Today crop cultivation comprises only a small percent of Mongolia’s food production, and many scholars have argued that Mongolia presents a unique example of dense human populations and hierarchical political systems forming without intensive farming or stockpiling grains.

The current study, led by Shevan Wilkin from the Max Planck Institute for the Science of Human History provides, for the first time, a detailed glimpse into the diets and lives of ancient Mongolians, underscoring the importance of millets during the formation of the earliest empires on the steppe.

The primary significance of the study’s findings is that the data, combined with multiple additional lines of evidence (documents, ancient farming tools, grain botanic remains), shows that while the great Mongolian empires did rely heavily on dairy pastoralism, they also exploited local and imported grains (millets and others) to maintain food surpluses. Namely, instead of roving hordes, these empires were supported by pastoralists and farmers practicing different subsistence strategies that provided strength in diversity.

“This reshapes our understanding of history as it clearly shows the complexity of dietary systems of Mongolian Empires. Both the Xiongnu and the Mongols had diverse economies focused on herding, crop cultivation, craft specialisation, and the importation of foreign foods and goods. Instead of being starkly different to other empires around the world, this suggests that grain surpluses were also important to the Mongolian Empires that were seeking to support expanding territories and populations,” Shevan Wilkin, lead author of the study told Daily News Egypt.

Wilkin explained that prior to the emergence of empires in the Bronze Age, most people appeared to be primarily consuming animal products (milk and meat) from domestic and wild animals who lived on wild Carbon 3 (C3) pathway plants, without much dietary input from C4 plants, such as domesticated millet.

However, during the Xiongnu and Mongol Empires, people displayed a much larger range of stable carbon isotope values, with some showing clear evidence of C4 crops in their diet. This means that although some people were still on a diet of meat, milk, and possibly domesticated C3 plants (wheat, barley), others were consuming a significant amount of millet or millet-based foods.

In order to reach their results, the researchers have analysed the bones and teeth from 137 individuals who lived between 4500 BC to the Medieval Mongol Empire (1300 AD) using stable isotope analysis. This method uses the principal “you are what you eat” to study how the biochemical signatures of people’s bones changed in response to changing diets.

“Working with our collaborators and the National University of Mongolia, specifically Erdene Myagmar of the Department of Anthropology and Archaeology, we selected individuals and collected samples from each. Both bone collagen and dental enamel samples were processed and analysed at the Max Planck Institute for the Science of Human History’s Stable Isotope Laboratory in the Department of Archaeology,” Wilkin noted.

Speaking to her inspiration to work on the study, the lead author told DNE that Mongolia’s past empires have long been portrayed as groups of violent, horseback raiders thought to be exceptions to the established ideals of what makes an “empire”.

“Through this study, we aimed to test the hypothesis that imperial Mongolian dietary economies were far more complex than has popularly been assumed. We used stable isotope analysis of human tissues to provide a direct test of the overall dietary ”reliance” of humans in Mongolia through time. In comparison with archaeobotany, archives, and archaeology, our multi-disciplinary, international team was able to find previously un-seen shifts in diet during the rise of Mongolian empires,” she said.

This project is part of a much larger umbrella project that started in 2016 between the National University of Mongolia, the Institute of Archaeology in Ulaanbaatar, and the Max Planck Institute for the Science of Human History that focuses on uncovering economic and population histories of ancient and historic Mongolia -stable isotopes, ancient proteins, radiocarbon dating, and ancient genomics.