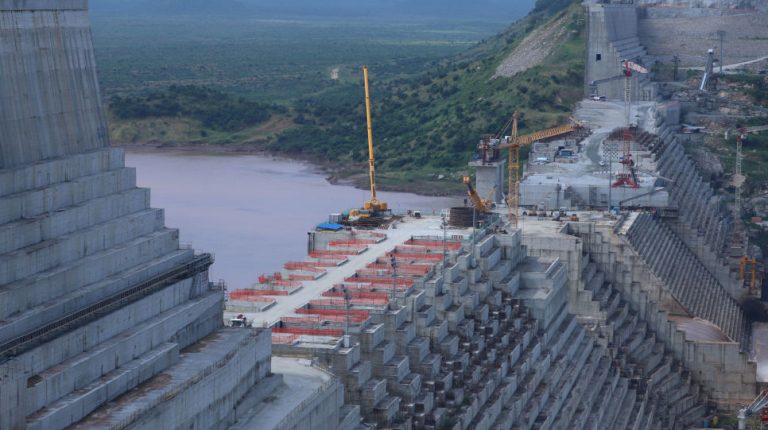 Egypt has rejected Ethiopia’s intentions to move on in commencing the first filling of the Grand Ethiopian Renaissance Dam (GERD) in parallel with its construction before reaching a final and fair agreement with Egypt and Sudan in this regard.

Egypt denounced Ethiopia’s request to take more time to tackle “this vital issue, following more than five years of full engagement in intense negotiations that covered all aspects and details of this matter,” the statement added.

The two ministries emphasised that Ethiopia’s statement included “several inaccuracies, distortion of facts, and a clear repudiation of obligations from international laws especially the 2015 Agreement on Declaration of Principles.”

Egypt stressed the significance of reaching an agreement over the filling and operating the GERD that takes into consideration the interests of Egypt’s Ethiopia and Sudan peoples.

Egypt’s two ministries said that the “fair and balanced agreement” that was drafted by the US and the World Bank came with complete participation from Ethiopia and included articles and provisions that Addis Ababa agreed on.

The ministries added that Ethiopia’s ownership to the GERD does not give it the right to violate international laws or its obligations according to the 2015 Agreement on Declaration of Principles.

On Saturday, Ethiopia government pulled out from the recent talks in Washington, rejecting the US-brokerage. It announced, “commencing first filling of the GERD in parallel with the construction of the dam, in accordance with the 2015 Agreement on Declaration of Principles without causing any significant harm.”

Egypt signed on Saturday the US-brokered agreement of filling and operating of GERD, urging Ethiopia and Sudan to follow suit.

US to support Egypt’s economic reforms: Deputy Secretary of Treasury

Despite US recommendations, single-minded Ethiopia wills to fill GERD without neighbours’ consent