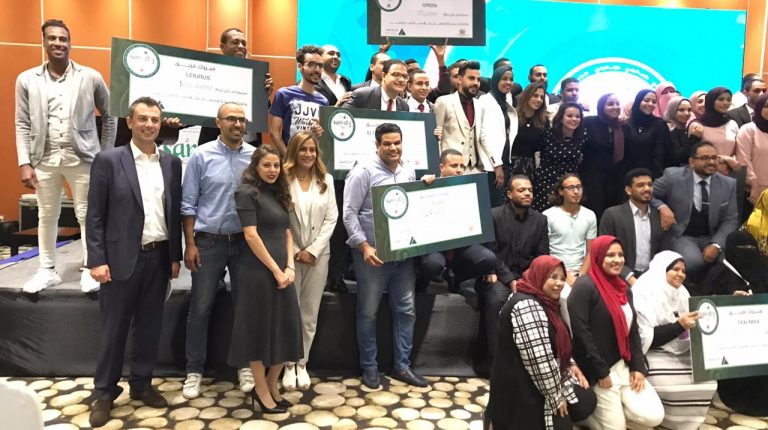 Aswan –Despite the fact that females in Upper Egypt still have limited access to education, job opportunities, and many are often forced out of school, there is an increasing number of success stories that fight gender stereotypes, break the traditions, and succeed in various fields.

In this feature Daily News Egypt presents some of the success stories from those participating in the San3ety Ganoub El Wadi Programme.

On Sunday, Injaz Misr, in partnership with Philip Morris (PMI) Misr, launched the third phase of “San3ety Ganoub El Wadi”. The programme aims to empower young Egyptians in Upper Egypt with the skills and on-the-job trainings to become successful entrepreneurs, creating more opportunities in their own communities.

Managing Director of PMI Egypt and Levant Vassilis Gkatzelis said, “Collaborating with Injaz to carry out “San3ety Ganoub El Wadi” stems from PMI’s strategy to contribute to the sustainable development of the society in which we operate.”

It also sheds light on the importance of collaboration between the private sector and non-governmentalorganisations, aiming to create opportunities for young Egyptians, while providing them with the right tools and skillset to become future leaders. 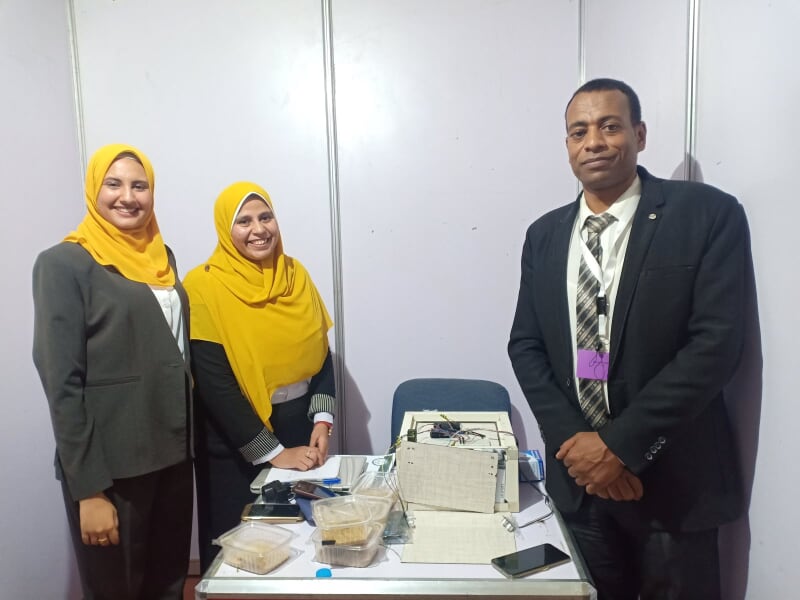 Gkatzelis further added that entrepreneurship has become one of the key pillars of the Egyptian economy. It also immensely contributes to developing governorates that have promising human capital which, when equipped with the right skills and resources, can immensely benefit their community and the economy as a whole.

Deputy CEO and Founder of Injaz Egypt Dina El Mofty expressed her pleasure in the success of the first two phases of “San3ety Ganoub El Wadi”, which was first launched in January 2019. She further detailed that these phases included showcasing the participants’ ideas and projects in addition to their visions in management, marketing, human, and financial resources.

She clarified that the third phase will witness showcasing the projects to an independent jury, which will carefully select qualifying teams to join the incubation phase. The latter will offer participants tailored technical trainings, relevant to their business cases, as well as financial support to launch their projects.

Women represented 60% of the programme where some teams out of the 18 that were present were made entirely of women. Accordingly, Daily News Egypt interviewed the most creative groups.

They provide pharmaceutical and cosmetic companies with extracted scorpion venom turned into powder for products.

The idea of their project came as Aswan is full of scorpions. They noticed that a lot of people hunt huge numbers of scorpions, but they never really knew the reason why they hunt them. 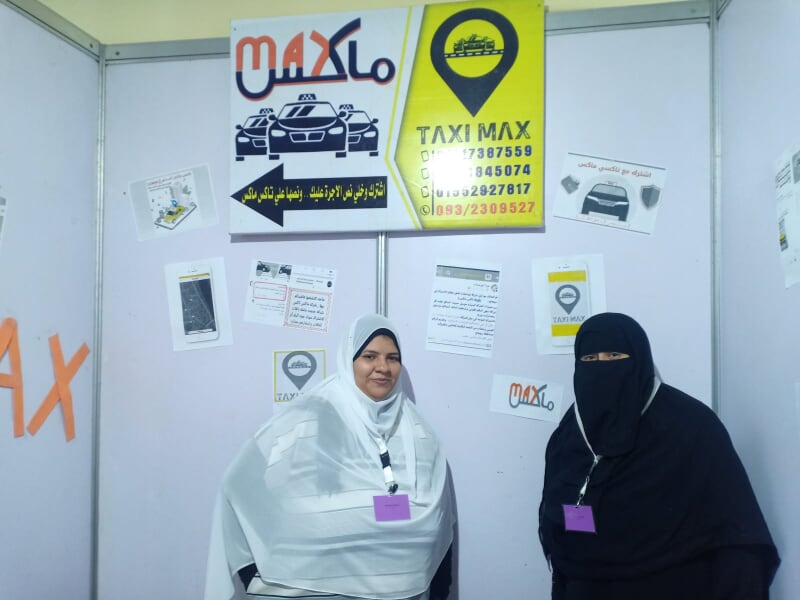 After searching, they found that scorpion venom contains a substance called Chlorotoxin, which is used to deliver the drug to the brain, helping drugs to penetrate brain.

They explained that the blood brain barrier serves to protect the brain from toxic substances, but it also prevents many potential drugs for the treatment of neurological diseases and tumours from entering the brain.

“About 98% of drugs that have therapeutic applications cannot be used because they cannot cross this barrier. Without this substance, the active ingrediant in 98% of drugs could not reach the brain, so they become useless,” the team members explained.

The substance is used in the manufacturing of brain cancer drugs and neuroprotection drugs.

“We found two farms in Cairo for scorpions. There is no one covering the Upper Egypt line although it hosts the largest quantity of scorpions,” they said.

Accordingly, they manufactured an electronic trap that will be patented soon with an operating frequency of 17 to 20 hertz, which is the same number of oscillations characteristic for the insects that the scorpion feed on.

“So these oscillations attract the scorpion, when it comes close to the trap, the trap opens and closes. Then, we extract the venom to sell it to pharmaceutical companies or sell the scorpion itself to existing farms or to jewellery companies which create accessories from the scorpion’s shape,” they stated.

They revealed that they learned about Ingaz Misr from social media, explaining that they benefited a lot from turning their idea to a project, teaching them how to market their product, and even how to manage their time.

At first, the girls faced some challenges to convince their families to go to the workshops and to enroll in the programme, however Ingaz Misr’s name gave them some trust to agree.

Three creative women decided to create a project that revamps safety and convenience of transportation in Upper Egypt through a subscription based application.

Daily News Egypt interviewed two of them, Jelan Gamal and Iman Gamal. They said the idea originated from the challenges they face with transportation in Upper Egypt. Due to cultural norms, they cannot ride alone with drivers, leaving them with expensive transportation means as their only option.

Hence, their idea is to create an application for transportation called taxi max. 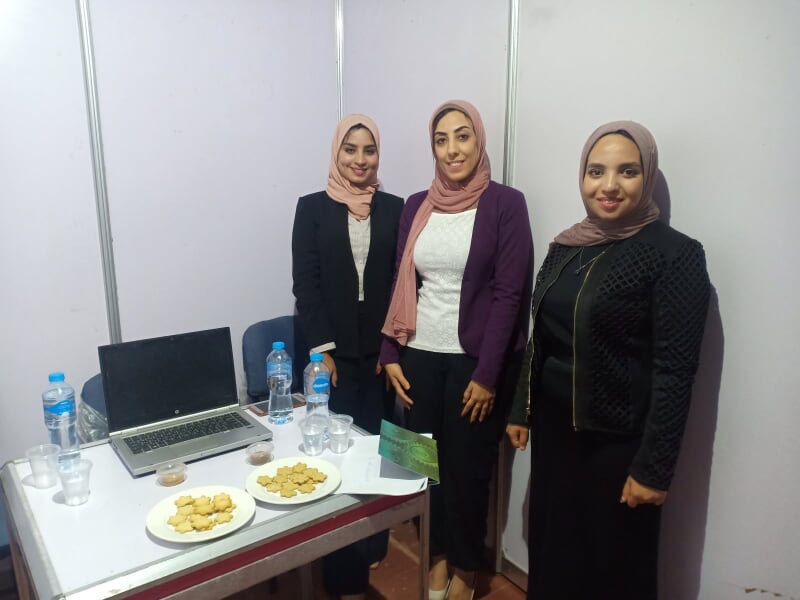 The women explained that they checked the driver’ IDs, and conduct drug tests before they are hired.

The idea at first was to operate only taxis. Then the clients demanded them to operate cars and mini buses for schools. They now operate three taxis, three cars, and four mini buses, conducting 16,000 trips in four months.

“People thought that as a divorced woman, I could not reach anything that I want. By that time, they realised that I developed myself and my project. I proved to them that even if the idea is difficult to achieve with some cultural constraints, I succeeded somehow, so they began to change their views,” said Gamal.

“Taxi Max is now available in Sohag, but we hope to expand in all the governorates of Upper Egypt, providing cheaper transportation, and safer ones to all the citizens,” they added.

The H.P. team is made up of three girls, Fatma Mahmoud, a faculty of Agriculture graduate, Amira Magdy, and Abeer Khalid, both Faculty of Commerce graduates, Helwan University.

They worked on introducing to the market organic preservatives derived from bees. This organic substance could preserve any food for a range of period from six to eight months.

Mahmoud told Daily News Egypt that the idea came as she is currently pursuing her masters. She tried to conduct a lot of research to replace the chemical preservatives by organic ones, so she used a substance that is extracted from the bees’ legs.

“This organic substance is present in the form of pollens in the bees` legs, the bees bring this substance and carry it in its leg. I then create a cell with a small door using a small net that will catch the bees while entering the door, so the bees will be forced to deflate these grains form their legs. During the last phase, I take these grains and grind them, adding them to food,” she explained.

She stated that as part of her masters, she conducted much research in the faculty of Agriculture in Minia University, Food Industries Department that revealed that seven grams of this substance could preserve biscuits well.

They explained that this organic substance strengthens the immunity, enhances liver health, increases body activity, and can be used as a dietary supplement. 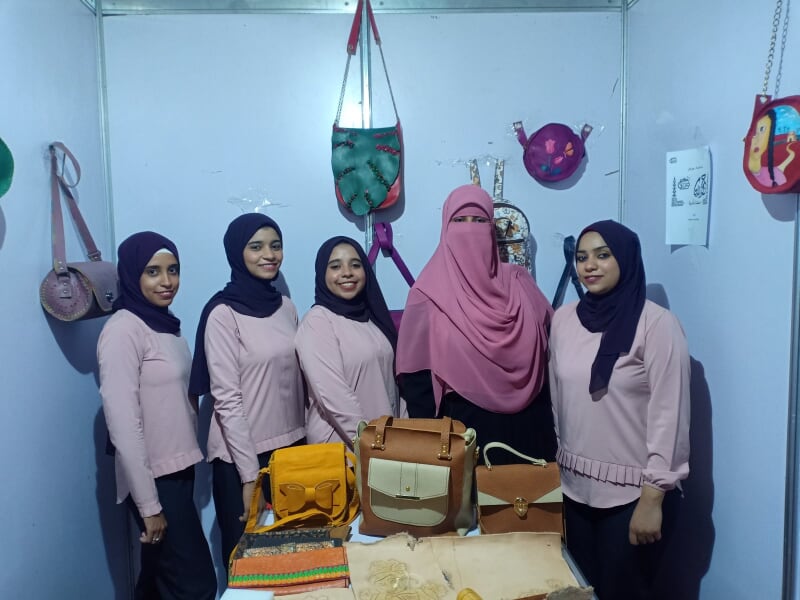 Talking about Ingaz, they stated that the organisation helped them a lot in turning their idea from only an idea to a project in the ground.

“Even if we win or not, we are happy that we are currently able to plan our project,” they stated proudly.

“My husband was my biggest supporter, however when it comes to travelling for a workshop, he began to have some concerns, but I was able to convince him,” Mahmoud said.

With regards to their future plans, Mahmoud revealed that she is currently working in revealing an organic preservative for drinks, with aims to export both materials abroad.

“We need to succeed in proving to our families that females are able to succeed and work well,” the girls added.

The team includes three sisters named Yousra Ezzat, Reham Ezzat, Mai Ezzat who cooperated with other two sisters named Rehab Ahmed and Awatef Ahmed to conduct workshops for women in Nagaa Hamady in Upper Egypt to produce natural based products, having 15 girls in the workshop in addition to themselves.

“We used to lose a lot of money as we were not well aware of the steps for creating a project, then when we heard about Ingaz Misr’s programme and decided to apply, ” said Yousra Ezzat to Daily News Egypt.

“Joining this programme was the turning point for our project really, Ingaz Misr’s team gave us a lot of courses in the sales, marketing, and all the areas that we need to create a project,” they said proudly.

As they manufacture natural leather products, they used to travel to Cairo at least once per month, which was not accepted to their families, convincing them was the biggest challenge.

“At first they used to say no, then by time they found that we are really growing our business and getting clients and money, and started to accept the idea. We had the same problem when we wanted to travel for Ingaz’s camps, but they witnessed how it benefitted us,” she added.

“We hope to expand our workshop more and introduce machines for manufacturing natural based products to increase our productivity,” they said.

I aim to preserve the artistic sense of jewellery, whether made of fancy or simple materials: Basant Nashaat

The Bernina GT: A breathtaking experience