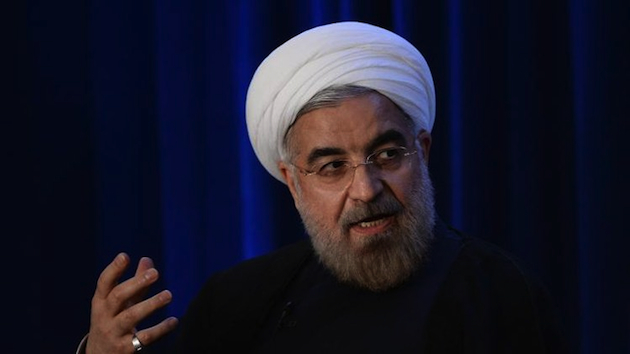 Tehran will take the fourth step to scale down its nuclear deal undertakings by injecting gas into 1,044 centrifuges at Fordow fuel enrichment plant on Wednesday, said the Iranian President Hassan Rouhani on Tuesday.

“Iran will take the fourth step in reducing commitments to the Joint Comprehensive Plan of Action (JCPOA) and I will declare the directives to the Atomic Energy Organization (AEOI) today. The fourth step includes reducing commitments regarding the Fordow enrichment facility,” said Rouhani during the inauguration ceremony for the Azadi Innovation Factory, a venue for gathering start-ups.

Along with the United Kingdom, France, Russia, Germany, and China, the US agreed on a long term deal with Iran on its nuclear programme for sanctions relief in 2015.

Under the deal, Iran limits its nuclear activities and allows inspectors of the International Atomic Energy Agency (IAEA) to inspect its nuclear buildings and ensure that its sensitive nuclear program will be exclusively peaceful.

“Under the JCPOA, we were required to have up to 1,044 centrifuges at Fordow, which were supposed to spin idly without gas [to be injected into them]. Starting tomorrow, we will start injecting gas into the centrifuges at Fordow as part of the fourth JCPOA step,” Rouhani added.

Rouhani sent a message to all the remaining sides to the JCPOA and “other friendly countries” saying, “I’d like to state in advance that our new measures will be taken under the supervision of the IAEA.”

Tensions between Washington and Tehran are at a high point over Iran’s nuclear programme, with the US increasing sanctions in the past year since US President Donald Trump withdrew from the 2015 nuclear deal.

In May 2019, US President Donald Trump announced pulling his country out of the deal, ignoring the warnings of the European allies who stressed that they will uphold the deal.

Regional security could only be achieved through cooperation among Gulf countries: Zarif