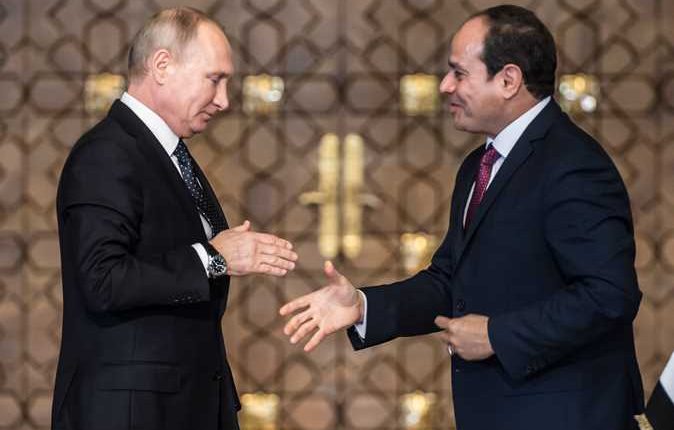 Marking the first economic forum between the continent of Africa and Russia, the forum will be a strategically important step towards creating favourable conditions for the development of trade and economic relations between Russia and Africa. Also, it will diversify the forms and areas of Russian-African cooperation, according to the forum’s official website.

During the forum, several significant agreements in the fields of trade, economy, and investment will be signed between both sides.

Participants will discuss the role of Russia’s agenda in Africa and its promotion, Africa’s role in the international financial system, expanding cooperation, export and investment, as well as security challenges.

A summit between both leaders is expected on 24 October to discuss prospects of Russia’s relations with African countries and the development of political, economic, technical, and cultural cooperation.

The summit will also discuss joint efforts to meet the challenges and emerging threats to promote regional stability. It is expected to adopt a political declaration on the key areas of cooperation.

Both the summit and the forum aim to discuss prospects of relations between Russia and the continent’s countries, and ways of enhancing and developing them in various political, economic, and cultural fields.

Russia is aiming to follow in the footsteps of France, China, and others in building a diverse and solid network of relations with African countries, based on their clean history with Africa, as Russia was never one of Africa’s colonisers.