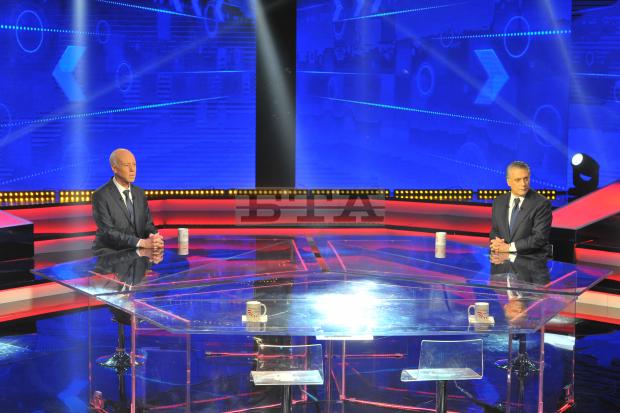 Tunisians are gearing up to cast their ballots on Sunday in the presidential runoff to choose between two political outsiders, one of them faces charges of money laundering and tax evasion, while the other is a little-known law professor.

Tunisia entered on Saturday the phase of electoral silence, following a crucial presidential debate between the two candidates Nabil Karoui and Kais Saied.

The debate tackled several main pillars including the national security, foreign relations, the powers of the president, his relationship with the parliament and the head of the government, the crisis in Libya, normalisation with Israel, and counterterrorism.

Karoui stressed that he and his party Qalb Tounes (Heart of Tunisia), which won 38 seats in the legislative elections, will not get into any sort of alliance with the Islamist Ennahda party. He accused his rival of being a vessel of Tunisia’s Islamist movement, spearheaded by Ennahda.

On the other hand, Saied insisted on speaking in classical Arabic, and said he has not entered an alliance with any party or movement, “if they want to support my presidential programme they are welcome.”

He defended decentralisation of power and criticised the current Tunisia partisan system.

With regards to the Libyan crises, both parties said they support a peaceful resolution and called for all international players not to interfere in Libya, with Karoui even calling for Tunisia to host peace talks between rival Libyan parties.

On Israel, the two candidates are perfectly in sync, they speak only of “the Zionist entity” as if the name of a country could defile their mouth, and both agreed that criminalising normalisation with Israel should be in the constitution. However, Saied said he makes the distinction between Jews and Israelis, saying Jews are welcome in Tunisia, except if they hold an Israeli passport.

Both had ambitious plans to eradicate poverty, however, they didn’t specify any details, just some targets. While for education, Saied said that ensuring quality education is one of the main pillars of his programme, while Karoui called for focusing on vocational training, digital skills, and entrepreneurship.

On Thursday, a Tunisian court ordered the release of Karoui, after several appeals to release him failed.

In the
first round of presidential elections, Saied, who is backed by Ennahda Islamist Movement received 18.40% of the votes, while Karoui attained 15.58%.

Karoui is a businessperson and owner of the Tunisian television station Nessma. He was arrested on August, just weeks before the first round of presidential elections over charges of money laundering and tax evasion, which he denies.

Turnout for the first round of the presidential election was 45%, the Independent High Authority for Elections announced, compared to 63% in the 2014 election.