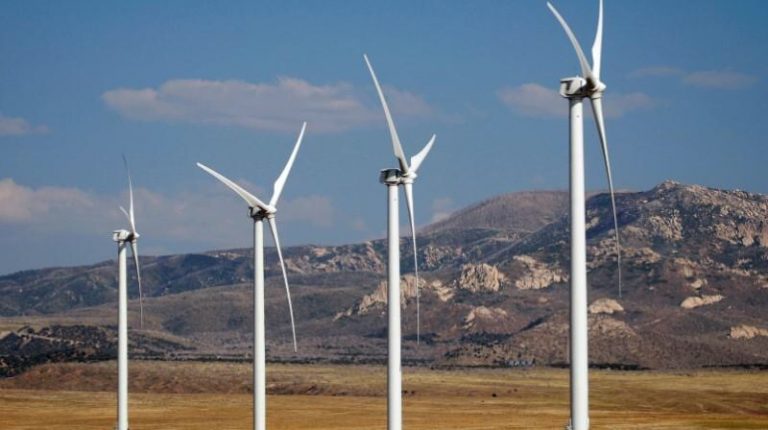 The ministry of electricity and renewable energy has received new offers from Arab and international companies to launch wind farms with a capacity of 2,150MW.

Sources from the ministry told Daily News Egypt that companies from China, Germany, and Saudi Arabia have made offers to implement wind power stations with capacities ranging from 200 to 250MW per station.

The sources added that the formed committee will study the proposals in general, according to the vision for the construction of stations, networks, loads, and the extent of the increase through to 2035, as well as the future needs to add the capacity of the renewable power plants to the electrical grid.

The sources pointed out that the companies seek to establish wind farms projects on a range of funding and management schemes, including EBC+Finance and BOO.

The EETC seeks to purchase the produced capacity of all the projects, but it depends on the value of the tariff. The company has capped tariff at 3.8 cents per kW/h. It aims to buy energy at less than that in the coming projects, according to sources.

The sources also said that the ministry aims to introduce projects under the auctions scheme on several stages according to the 2030 energy plan.

The sources noted that the ministry of electricity and renewable energy received presentations from General Electric and Vestas to implement projects of 4,000MW. However, they are yet to decide on them as negotiations stopped.

Instead, the ministry will not sign direct agreements and will float projects for companies to compete for.

The sources pointed out that the ministry is in negotiations with Siemens to build wind power stations with a capacity of 2,000MW, the first phase of which is a project of 180MW.

Egypt plans to generate 20% of energy from renewable resources by 2022.

Can artificial intelligence in the energy sector help solve the climate crisis?