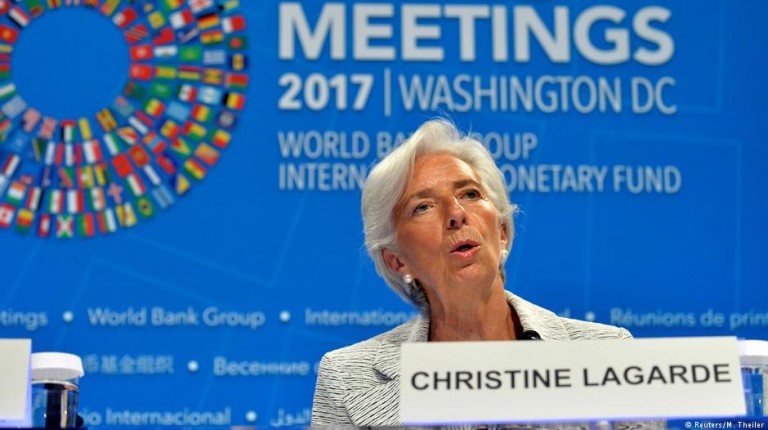 Lagarde added that after 75 years of cooperation since the IMF was established systems have changed and adapted from exchange rates of currency to the gold standards system in 70th to reform one of the great crises that the IMF has adjusted and evolved.

The gold standard is a monetary system where a country’s currency or paper money has a value directly linked to gold.

Today, we are probably to adjust and change as well as improve because the landscape changing and shifting due to political development or due to economic shift from the west to the east, the mechanisms of collecting and disseminating data, ultimate this driven by new technologies, cyber risks, which involves the IMF to work in different areas.

I believe very much in the Age of Generating (AI), as people have to work together and innovate together to transform the world that the people will be in its centre.

She highlighted that disparity is not only fiscal although fiscal disparities are clearly dimension directly has an impact on technology, women’s participation in the economy, corruption, and climate changes which have to be protected against it as well as, it has an impact on international taxation and trade.