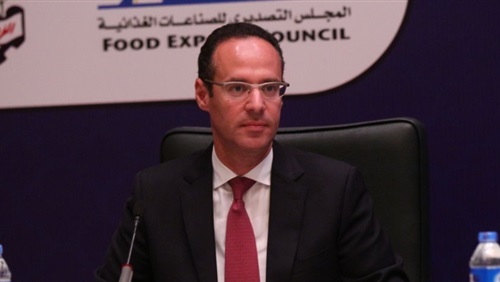 The Chairperson of the Chamber of Food Industries of the Federation of Industries, Ashraf El Gazayerly, said he expects new investments to enter the food industry sector this year, most prominently, Egyptian French Lactalis-Halawa group acquiring Greenland earlier this year.

El Gazayerly told Daily News Egypt that this deal is likely to increase the volume of foreign investment over the upcoming period in the food sector given the alliance’s major ability to enter the markets of Africa, the Middle East, and the Gulf, in order to benefit from the commercial deals that give a competitive advantage to Egyptian products in the Arab and African market for dairy products.

Lactalis-Halawa has acquired Greenland in a deal worth EGP 890m.

El Gazayerly expects similar deals to take place during the coming future since the market encourages investment, especially that Egypt is the main gate into the African market, in addition to the fact that there is an advantage from the increased demand in the Gulf market. This, therefore, increases the volume of direct investments and indirect investments in the local market, estimated to be worth EGP 500m.

Furthermore, he explained that the biggest challenge about investing in the sector currently is the weak consumer purchasing power, which is considered a main indicator of companies’ growth, however, the heavy population has contributed to limiting the negative effects of inflation.

Moreover, he pointed out that companies are competing to present new products that are able to compete in terms of the quality and price in order to maintain their share in the market and increase sales.

El Gazayerly expected the local market to recover completely from the decline in the demand on food products in the markets over the upcoming period; however, it is dependent on inflation rates.

He highlighted that the increase in the bank interest rate is one of the biggest challenges facing investment in the sector of food industry. That is because it attracts major opportunities to inject new investments, which would leave a negative impact on the competitiveness of the product in the local and international market because the interest rate price makes investors prefer to deposit funds in banks instead of investing them into projects which might have more risks and less profits.

Over and above, he explained that the state’s policy is aimed at total liberalisation of energy prices and will have a positive impact on the long term. It is the only solution for increasing economic growth rates. However, directly, it would have an impact on increasing the cost of production, hence, there will be a great pressure on companies, coinciding with an increase in the prices of services.

“The awaited increase in the prices of energy may push the local market towards a decline in demand rates after the partial recovery from the liberalisation of the exchange rate and the rise in energy prices that followed,” El Gazayerly said.

In addition, he explained that companies are currently undergoing through a trend of reducing their energy production through increasing the efficiency of energy consumption. However, this trend will not be able to accommodate the cost increase.

What’s more, he added that the food industries which will be negatively affected the most are the ones which rely on cooling and freezing as well as products that require low temperatures because they greatly consume electricity.

Topics: Ashraf El Gazayerly food industries The Chairperson of the Chamber of Food Industries of the Federation of Industries