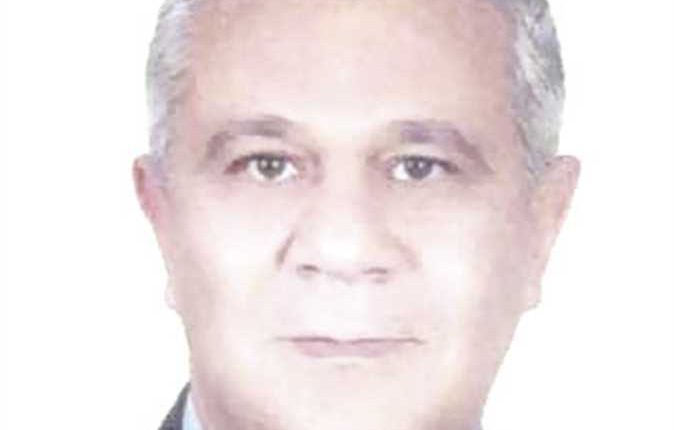 Optimistic for the future of Egypt’s economic growth and the performance of the sector, Head of Ready-Made Garments export council, Mohamed Al Sayad, said that the RMGEC’s exports can hit $1.6bn by the beginning of 2019, benefiting from all incentives that government is offering to boost exports’ performance, as well as undertaking economic reforms.

In an interview with Daily News Egypt, Al Sayad warned that this optimistic vision might not become a reality due to the serious challenges which the sector faces. Adding that the RMGEC prepared a strategy aligned with Egypt’s 2030 vision for sustainable development, to attract more exporters and get more funds from all the financing bodies.

From your perspective, what are the challenges facing the RMG (Ready Made Garments) sector which affect its performance?

The government lacks steady and timely payment of export subsidies, in addition to the dramatic increase in production’s costs since the floatation of the Egyptian pound in November 2016. Furthermore, between 50% – 60% of raw materials’ costs, used in the manufacturing processes, are imported from other countries, as well as the increasing prices of energy resources that caused a rise in the costs of transportation. All these are burdens and challenges which the sector faces now.

What about the financing facilities which are offered by the banking system?

Unfortunately, the banking system in Egypt classifies the RMG sector as a high-risk activity, thus there aren’t any financing programmes to our projects, and the sector lacks credit facilities.

To what extent do these conditions impede you from preparing a strategy to boost the RMG exports according to the government’s directives?

We have already papered our strategy, dealing with all the surrounding challenges. RMG is a labour intensive sector and one of the main axes of Egypt’s 2030 strategy for sustainable development. Egypt’s location qualifies it to be a logistical hub for the textile industries and products, importing them to Africa, along with the free trading agreements that Egypt signed, linking it with a big number of countries, as well as the real incentives that the new investment law introduced. All these steps can push the sector to be one of the most beneficial economic sectors in Egypt.

Can you clarify your council’s strategy in details?

We aim to achieving four goals, including increasing the RMG exports by 10%, to reach $1.6bn by the beginning of 2019. The second goal is to increase the number of small and medium class exporters to reach 300 exporters, and to promote our RMG’s exports through participating in specialised expos and promotional missions especially to the USA and European countries which occupy 85% of the Egyptian RMG exports. The fourth goal is to increase the number of the sector’s labour from about one million workers, to 2 million workers by the beginning of 2019.

What are the tools that will allow you achieve this plan?

This could be carried out through working on expanding the exporters’ base by attracting small and medium companies, and by opening channels in order to obtain all forms of finances from funding bodies. In this context, we have already succeeded in attracting about 25 new factories to the sector.

Have you searched for alternative ways to achieve the above mentioned plan?

Well, in coordination with some institutions, the council succeeded in offering financing and training facilities to exporters in order to double the Egyptian RMG exports. Therefore, the RMGEC, in cooperation with other eight exports councils, signed a protocol of cooperation with Banque Misr, trying to offer finance solutions to help exporting companies expand their activities, and to offer technical support for them. Moreover the RMGEC, in cooperation with other nine exports councils, signed another protocol of cooperation with the Export Development Bank of Egypt, and the Egyptian Businessmen’s Association providing concessional funds, benefiting from Central Bank of Egypt’s initiative for SMEs’ financing.

*What are your destination markets for exporting RMG?

What about the delayed dues that the government owed to exporters including the RMG ones?

The Minister of finance Mohamed Moeit announced that the government will allocate EGP 504m to boost the export support fund. Thus, all funds were allocated in fiscal year (FY) 2018/19 within the last few months till mid-November, recording EGP 1.2bn. Moreover, the ministry of finance and all the concerned bodies always express their support to the exports sector, and take all procedures to lift the barriers facing the sector. We hope that all these steps lead to an actual support for the exporters, and allow us obtain the delayed due from the government. According to Moeit, we will get the first tranche by the end of the current FY.

What are the tools that could maximise the benefits of your strategy?

Through economic reforms aiming to achieve inclusive and sustainable growth, and increasing competitiveness, in addition to enhancing the investors’ confidence in Egyptian economy, along with stimulating the economic growth, boost the exporting sector in general, and the RMG sector in particular, we will be able to perform well by 2019. This is in addition to the laws which the state set to boost the investment environment, and increased investment in infrastructure projects, especially in mega projects including the National Road Network, the Suez Canal Area Development Project, as well as establishing new cities.

Now is right time for Egyptian companies to invest in Ethiopian market while it is still blossoming: Al-Zumar