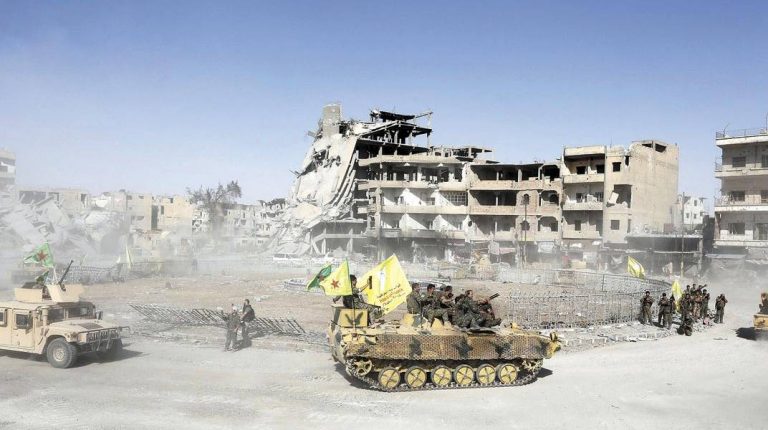 An explosion by a landmine detonation was heard on Monday, in the eastern sector of Aleppo city, resulted in the death of 2 children and injuring 5 others, according to the Syrian Observatory for Human Rights.

Moreover, tensions continued for the second day between the Islamic State (IS) fighters and the US-backed Kurdish Syrian Democratic Forces, close to the Syrian-Iraqi borders. The tensions caused dozens of casualties among civilians and fighters as well.

According to the Syrian Observatory for Human Rights, the Kurdish fighters have restored several sites which they have lost before on the eastern bank of the Al-Furat river. The Syrian Democratic Forces are supported by over 2,000 US troops.

Meanwhile, Syrian media reported that the airplanes of the US-led coalition for fighting the IS killed 34 people in airstrikes during the past two days.

On Saturday, more than 100 people were wounded in the first suspected toxic gas attack in the city. The attack is believed to have been conducted by the Syrian opposition. The Syrian opposition used to accuse the Syrian government and Russian forces of using toxic gases in attacking civilians in different Syrian cities.

Since the beginning of the Syrian uprising in 2011, hundreds of thousands of civilians have been killed and others were deported.

The Alexandria Film Festival kicks off

Chemical attacks will continue unless there are consequences

The Iraq war fuelled the destruction of the Middle East