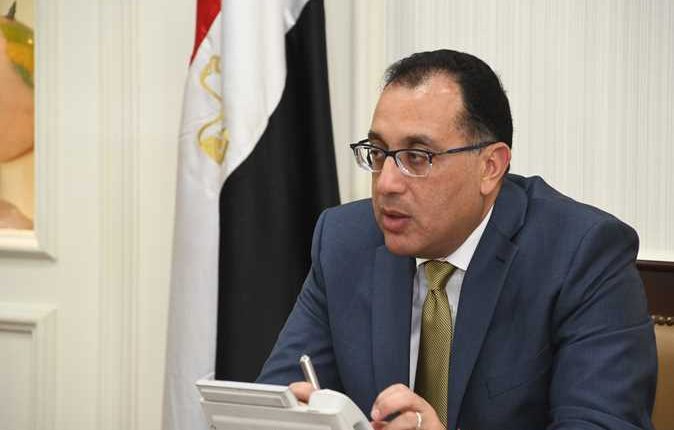 The next four years represent a challenge to the Ministry of Housing, which is working on implementing a large number of urban projects in new cities, whether in partnership with the private sector or in social and medium income housing, as well as providing land for companies and individuals.

The ministry relies on its investment arm, the New Urban Communities Authority (NUCA) in attracting Egyptian and Arab investment to complete development projects, whose first phase started with the partnership with the private sector. The second phase is being processed right now.

The acting minister of housing and prime minister, Mostafa Madbouly, said that the NUCA and developers’ partnership relies on allocating land plots to major real estate companies, while the NUCA offers payment facilities on different phases, including financial and in kind, in exchange for a share of the units of the projects.

He told Daily News Egypt that NUCA’s board has approved issuing awarding contracts with five real estate companies to develop six projects with different investment activities in the second phase of the partnership projects.

Moreover, explained that the total area for projects amounts to 2,363 feddans with investments totalling EGP 179bn, which would secure 400,000 direct and indirect jobs.

He pointed out that the NUCA benefits from the marketing plan that the company is undertaking to put these units for sale. In this case, the return will be a continuous financial return, in addition to the developmental income of establishing a large project that is a distinctive mark in the city, thus raising the economic value of the surrounding land. Investors also benefit from injecting funds and capital in land development, not in the price.

The NUCA signed contracts of the first phase of the partnership projects with investments amounting to EGP 365bn. The projects create about 112,000 residential units across different classes.

Madbouly said that the NUCA is planning to offer the third phase of the development projects in partnership with the private sector this year, to build on the success of the second phase, which saw competition between real estate developers on 12 land plots in New Cairo, Sheikh Zayed, and Sixth of October.

He added that the housing ministry is keen on accelerating the development of the first phase of the New Administrative Capital project, which is scheduled to be completed in 2020. This includes the transfer of a number of ministries to the capital within the plan to develop the administrative apparatus of the State.

Furthermore, the prime minister explained that it was agreed with the Chinese company CSCEC on developing the central business district in the administrative capital, which includes 20 towers of residential, administrative, commercial and services aspects with investments of $3bn.

Meanwhile, he pointed out that the central business area is on 1.7 sqm that houses Africa’s longest tower of 385 meters. Of $3bn, the NUC A pays 15% in advance, while 85% of finance is secured by a Chinese loan repaid over 10 years and a grace period of three years.

Madbouly said he spoke with the company officials about implementing a second phase of the project to be signed in the presence of President Abdul Fattah Al-Sisi during his visit to China in September. He asked the company to work as quickly as possible to complete the project in the shortest possible time.

He added that the first offer of residential units developed by NUC A in the New Administrative Capital witnessed a good turnout of citizens, which confirms the attractiveness of the project.

The NUCA offered 2,048 residential units of 110-180 sqm in the first phase in the residential district

Capital Residence in the new capital. This offer included 3 buildings totalling 1,56 in D1 and 31 buildings of 992 units in D8.

He explained that NUC A will start handing over the units after one year of completing contracts.The units will be offered on no interest instalment and discounts for cash payments, as well as other instalment schemes extending over three, five, and seven years.

Additionally, he pointed out that the New Administrative Capital project provides employment opportunities for contracting companies and real estate developers due to its large area of 170,000 feddans, including 40,000 feddans in the first phase.

Madbouly said that the NUCA is preparing for a diversified investment offering, including the lands of the third phase of the projects of partnership with the private sector and investment plots in various areas for individuals.

He added
tion relies on funding development of new cities and cooperating with state bodies to attract local, Arab and foreign investments.

The prime minister explained that the land offers to provide a large supply of lands ready with utilities to accelerate development rates and develop projects that provide a large number of direct and indirect employment opportunities.

“The investment climate in Egypt is attractive to all investors, especially under the measures taken by the government, and various legislative amendments, to encourage domestic and foreign investment,” he added.

The Minister of Housing pointed out that the Egyptian real estate market is large and varied and is witnessing increasing demand in light of the increase in the population to about 100 million people, which shows the need to expand the development process in all new cities.

He said that the NUCA will complete the development of the first phase of the project of the new city of Alamein during 2020, which will include a number of housing projects, hotels, private and public universities.

Moreover, Madbouly added that the first phase of the New Alamein project includes the coastal region, the distinctive housing area, universities, cultural and heritage city, a library, a mosque, a church, a cinema complex, a museum, hotels area, and lakes, which will all be ready in 2020.

He explained that NUCA will deliver the downtown buildings and four engineering faculties, as well as the campus of the Arab Academy for Science, Technology, and Maritime Transport, and the faculties of engineering, international law and administrative buildings at Alamein National University in June 2019.

Madbouly pointed out that New Alamein in very important to NUCA’s plan, as its area amounts to 50, 000 feddans facing the Mediterranean Sea, which extends for more than 14 km and includes various investment activities including residential, commercial, administrative, recreational, educational and industrial.

Investors’ proposals included the establishment of a permanent exhibition of Egyptian real estate in most Arab countries, as a first stage under the umbrella of the cabinet and Ministry of Housing with a resident representative to facilitate access to housing. Developers bear the cost of participating in the exhibit.

We aim to achieve surplus, reduce overall deficit to 8.4% of GDP: finance minister

Is Qatar failing to deliver on its World Cup promises?