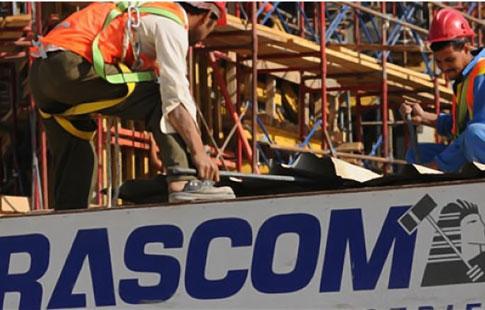 It is forecasted that Orascom Construction’s EBITDA margins to increase 1.5% in the second six months of the year, according to a recent report issued by Pharos Research.

The research company kept the fair value of Orascom Construction’s stock at $11.4 (EGP 200), according to a company statement.

The international engineering and construction contractor’s consolidated profit reached $87m in the first six months of the year, compared to $58.8m in the previous year.

Meanwhile, a recent risk and reward analysis of emerging markets showed that Egypt is currently offering quite an attractive mix for fixed income portfolio investment.

“Egypt has higher yields while offering calculated risks on the Credit Default and Exchange Rate fronts,” according to a research by Pharos.

“On the other hand, the matrix shows that both Argentina and Turkey are amongst the riskiest, which explains the yield premium,” the report noted.

Egypt has an advantage over other emerging economies, especially, with the currency stability along with the recent upgrades for Egypt’s credit rating.

The range of yield movement for Egypt has not surpassed 600 basis points (bps) during that period.

“The drop in the CDS rate indicates that investors started to gain more confidence in the Egyptian economy and the government’s ability to repay debt,” Pharos explained, adding, “furthermore, the Egyptian pound exchange rate has been stable for more than a year now, facilitating overall return calculation, reinforced by a positive outlook on Egypt’s credit rating.”

The North African nation’s economy is expected to be fruitful next year as Egypt is turning into a net natural gas exporter, Iqbal told Bloomberg TV.

The Egyptian tourism sector is also projected to continue recovering next year and stimulate economic growth, he said.

As for investment opportunities in the most populous Arab country, Iqbal said that the market is healthy for asset managers.

He remarked that asset managers held more than double Egypt’s benchmark weight “when Egypt was in its heyday” before the 25th January revolution 2011.

He pointed out that now there is more of “an allocation upside” when it comes to investment in Egypt’s assets, in line with the continued recovery and growth of the economy.

Egypt has been applying economic reforms since 2016 in an attempt to revive the economy, including the exchange rate’s liberalisation, cutting fuel and electricity subsidies, and amending some industrial and investment laws.

NOSCO plans to set up logistics centres at SCZone