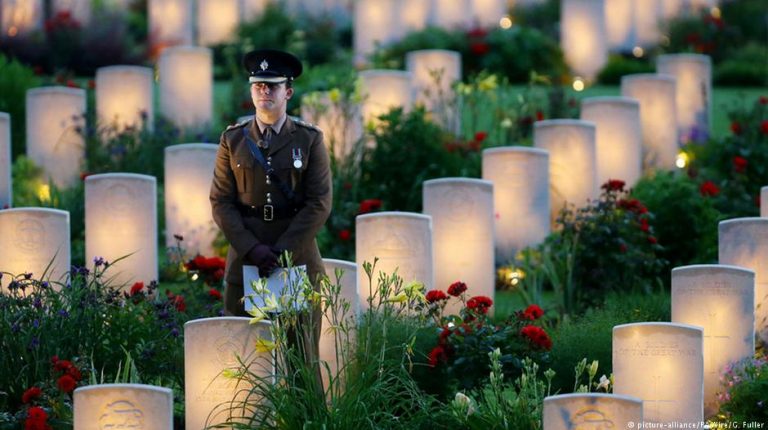 Almost 30 sites are on the shortlist to receive the highly coveted World Heritage designation. France and Belgium have entered their World War I graveyards into the running. The final decision will be announced in July.The list ranges from India’s Taj Mahal and the Cologne Cathedral in Germany to Australia’s Great Barrier Reef. More than 1,000 natural, cultural and mixed properties are on the World Heritage List curated by UNESCO, the United Nations Educational, Scientific and Cultural Organization.

On June 24, the World Heritage Committee will gather in Bahrain’s capital, Manama, to discuss the next sites to be included on the prestigious list. Twenty-four cultural, four natural and three mixed sites made the shortlist. Being included attracts international attention and noticeably boosts tourism. That is why applicants strive for the coveted title.

In our gallery above, we introduce 10 candidates who could rejoice when the committee announces its decision on July 4. Among the most notable contenders in the cultural site category: the funerary and memorial sites of the First World War in Belgium and France.

Read more: Verdun: The World War I war within a war in France

“Immediately after the war, these were mainly places for mourning, for pilgrimages by those who had lost their loved ones. “But quite quickly they became much more than that,” Luc Vandael, project manager for the Flemish region, told The Associated Press news agency. “They became an appeal for peace and reconciliation. The slogan ‘no more wars’ is quickly associated with those sites. So yes, there is something larger than just being a cemetery.”

Some 3 million people died on the western front in World War I from 1914 to 1918 in a region that stretched from the Belgian coast to the Swiss border. Today, more than 2 million of them are buried in the region. The memorial sites have seen increased interest during the four years of centennial remembrances, which will end with the marking of the November 11, 1918, armistice.

Other candidates for the World Heritage designation include two German sites: the Naumburg Cathedral in the state of Saxony-Anhalt and the Archeological Border Landscape of Hedeby and the Danevirke, Viking sites in northern Germany.