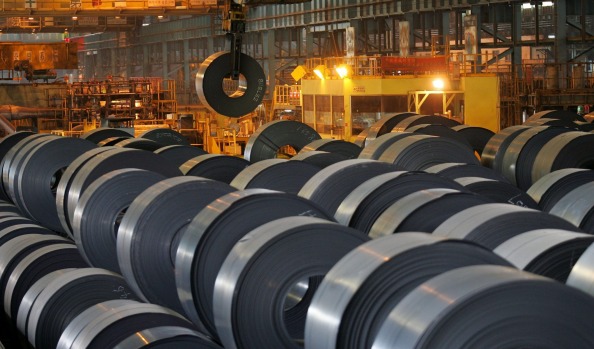 The US Department of Commerce has made recommendations to the US president to impose a tariff of at least 53% on all steel imports from 12 countries: Brazil, China, Costa Rica, Egypt, India, Malaysia, South Korea, Russia, South Africa, Thailand, Turkey, and Vietnam, with a quota, depending on product, on steel imports from all other countries equal to 100% of their 2017 exports to the United States, according to a Friday statement.

The department said that the United States is the world’s largest importer of steel, as the country’s imports are nearly four times its exports.

The department said that six basic oxygen furnaces and four electric furnaces in the US have closed since 2000 and employment in the industry has dropped 35% since 1998.

“[The] world steelmaking capacity is 2.4bn metric tonnes, up 127% from 2000, while steel demand grew at a slower rate. The recent global excess capacity is 700m tonnes, almost seven times the annual total of US steel consumption. China is by far the largest producer and exporter of steel, and the largest source of excess steel capacity. Their excess capacity alone exceeds the total US steel-making capacity,” the statement read.

The statement further noted that in an average month, China produces nearly as much steel as the US does in a year.  For certain types of steel, such as for electrical transformers, only one US producer remains.

It pointed out that as of 15 February, the US has 169 anti-dumping and countervailing duty orders in place on steel, of which 29 are against China, besides 25 ongoing investigations.

The department urged the president to take these recommendations into consideration, pointing out that each of these remedies is intended to increase domestic steel production from its present 73% of capacity to approximately an 80% operating rate, the minimum rate needed for the long-term viability of the industry.

Each remedy applies measures to all countries and all steel products to prevent circumvention.

Further, the department recommended imposing a tariff of at least 7.7% on all aluminium exports from all countries, or a tariff of 23.6% on all products from China, Hong Kong, Russia, Venezuela, and Vietnam. All the other countries would be subject to quotas equal to 100% of their 2017 exports to the United States or a quota on all imports from all countries equal to a maximum of 86.7% of their 2017 exports to the United States.

Samir Noaman, head of the commercial sector at Ezz Steel, told Daily News Egypt that this is just a recommendation and that the company will not deal with this issue before an executive order is issued by Trump in this regard.

Noaman explained that the department recommended these tariffs to Trump to protect and promote local American industry.

He denied that Egypt was included on the list of 12 countries because its exports are very low compared to the other countries on it.

Ezz Steel revenues to stand at EGP 50bn in 2018 on higher sales: report