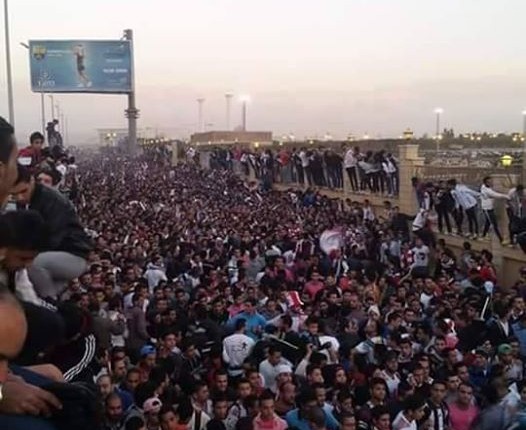 The General Prosecution had previously referred the defendants to court on accusations of charges of bullying associates with murder, destruction of public and private properties, and possessing unlicensed weapons.

Sayed Moshghab, leading member of Ultras White Knights, is among those who received seven-year prison sentences. He was involved in the case charged of founding the White Knights illegally and an assassination attempt against Mortada Mansour, the head of Cairo’s Zamalek Club.

In the Air Defence Stadium case, during an Egyptian Premiere League football match in 2015, violent clashes took place between Al-Zamalek SC and ENPPI fans, leading to the deaths of 22 Al-Zamalek SC football fans.

Former General Prosecutor Hisham Barakat previously claimed that Muslim Brotherhood members provided the Ultras White Knights, fans affiliated to Cairo’s Al-Zamalek football club, with money and explosive materials to incite the riots and violence that led to the killings, in addition to attacking and injuring police forces and burning a police car.

There are severe tensions between the Ultras groups in both Al-Ahly and Al-Zamalek sports clubs and the Interior Ministry, which have led to previous clashes and arrests.

A year out from 2018 Winter Olympics, everything is in place but the people