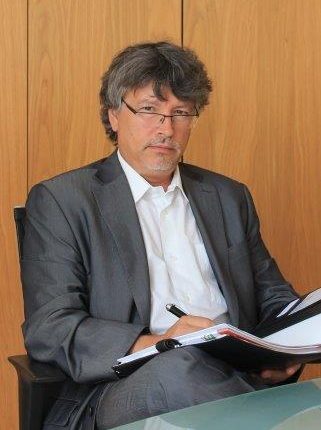 Egypt is one of the largest oil and gas producers in Africa, and the second largest producer of natural gas; however, it is also the continent’s largest consumer of energy, especially natural gas, as more than 75% of the country’s electricity comes from gas plants.The country does have multiple areas of undeveloped reserves, which had not been able to afford their development, but with new discoveries in the Mediterranean, the question is raised of Egypt’s potential to be a regional energy hub.

How do you see the future of investments in the energy sector after the economic reforms taken by the government?

With the increased growth in energy demand and the newly introduced rules and regulations, we expect, based on the market conditions, a significant rise in investors’ appetite. However, while we welcome the proposed aims to support a more efficient legislation, we remain observers to better understand in what way and how fast the new rules will effectively give non-discriminative access to final customers on the downstream, and how and for whom the energy products will be accessible on the upstream.

So far, the system is locked within the previous single buyer model with oil, gas, and electricity production falling under full state control that is generally subsidised and experiencing payment problems. The liberalisation is certainly the right direction; however, the current issues require caution, slowing down, or even compromising the existence of a functional market.

We believe there are considerable opportunities for investments in industrial modernisation and energy efficiency. I personally strongly believe an overall improvement of 30% is reachable in the medium-term if the new regulation considers that saving existing gas is as important as producing new ones (which may not necessarily be the case today, unfortunately). Furthermore, reducing the consumed volumes is potentially the best way to increase customers’ immunity against the reduction of energy subsidies.

How much is the company’s investments in the Egyptian market? Is there an intention to expand investments during the coming period?

The largest and most prominent commitment that we currently have is the exploration in the East Mediterranean, where Edison currently has three concessions. We believe this region is very promising, and we are already committed to drill a first exploratory well in deep water with an estimated investment of $80m. If there is a discovery, the development will attract more than $2bn within 3-5 years. As we have done in other large and promising discoveries, Edison will at that point search for partners to join this project.

We have also recently acquired two concessions off-shore on the West of Abu Qir, for which the $150m development will be initiated in the second half of 2018. We continue to explore in our two on-shore concessions—Gindi and South Idku—where two additional wells are to be drilled in 2019. Here again, we will welcome partners in the different phases of investment.

Finally, we hope that the final investment decision regarding our 170 MW combined cycle gas turbine power plant in Alexandria, directly supplied with Abu Qir gas and commercialising on the market, will come before the end of the year.

What are the most important challenges facing the company in Egypt?

Whilst we have been recently reimbursed a significant sum of the outstanding overdue amount owed to us, we would like to see the full reimbursement of the remaining overdue amount in the very near future. We believe a swift settlement of the remaining amounts would show the oil and gas investor base a strong sign of goodwill and would incentivise further development and investments from Edison and other international partners.

What are the projects implemented by the company in the current period?

Edison has successfully started up the Abu Qir PIII platform on schedule and within budget, with an outstanding performance increasing the gas and oil output of the field by the 50%, with investments of $300m during the last three years.

Is the company seeking to participate in the national projects implemented by Egypt, including the Dabaa nuclear station and the development of the Suez Canal?

Edison is today the oldest European multi-utility operating in all sub-sectors of power and gas. Based on our own experience, and with the support of all competencies available in EDF Group, we are willing to be in the front line for any project of national importance by bringing the group’s know-how in all energy and environment-related aspects. Egypt can leapfrog quickly in its development by a faster and more cost-efficient route through companies like Edison that can bridge the gap by introducing and deploying modern technologies following the European track records.

How do you see opportunities for investment in Egypt in the oil sector after the liberalisation of the gas market?

As previously mentioned, a major obstacle to further investments is Egypt’s $2bn overdue towards oil and gas international oil companies (IOC). The liberalisation intends, among others, to facilitate the progressive resorption of this debt. Everything depends on how the application rules of the new gas act will be designed, and particularly how it will be made possible for an investor in the Egyptian oil and gas to use its existing assets to recover.

Dabaa nuclear plant contracts expected to be signed next month