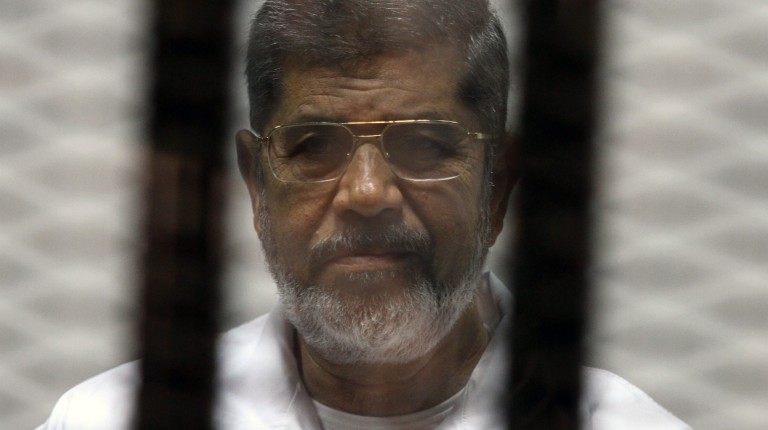 Cairo Criminal court postponed on Sunday the re-trial of former president Mohammed Morsi and 27 others, in the case related to mass jail breaks back in 2011, to 14 August, to listen to witnesses, state-media reported.

In November 2016, the Cairo Court of Appeals had revoked Morsi’s death sentence in the case, ordering a re-trial.

Morsi, who was also the leader of the Freedom and Justice Party, which is affiliated to the Muslim Brotherhood, is already facing the death penalty on other charges.

Morsi came to power in 2012 after winning in the presidential elections. However, his ouster came on 3 July 2013 after mass protests started 30 June 2013, in opposition to his ruling.

The Muslim Brotherhood was labelled a terrorist organisation in 2013, following a court decision that banned the group. Thousands of its members are being tried in front of the Egyptian judiciary.

In November 2016, the Cairo Court of Appeals had repealed a death sentence and a life imprisonment verdict to defendants in the case.

The case dates back to 2011 during the 25 Revolution when Wadi El-Natrun prison where Morsi was a prisoner, was stormed in 29 January. The defendants face accusations of making troubles by the help of the international organisation of Muslim Brotherhood, Hezbollah, and Hamas.