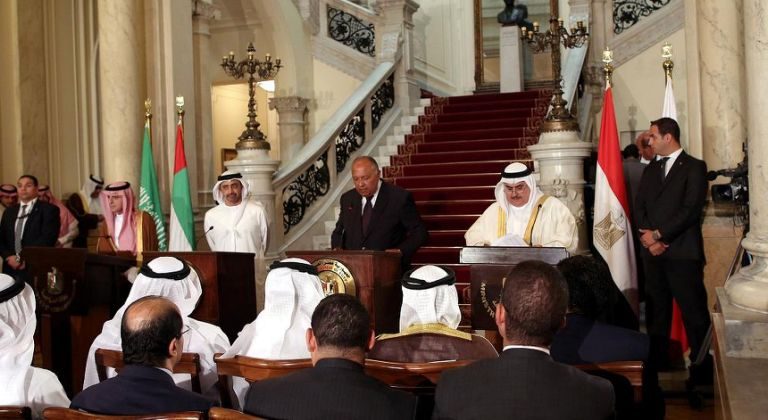 Egypt, Saudi Arabia, the United Arab Emirates (UAE), and Bahrain will meet in the Bahraini capital city, Manama, on Sunday to discuss the latest developments on the Qatari crisis and measures to be taken against Qatar, the Bahrain News Agency (BNA) said on Saturday.

The meeting comes as implementing of the agreement in Cairo on 5 July, in light of consultation and coordination to “stop the Qatari support of terrorism and extremism, its intervening in the internal affairs of countries in the region, and changing its policy that supports terrorism and destabilising the Arab national security as well as international security,” according to the BNA.

In the two-day meeting, the four countries will press Qatar to comply with their demands, which include stopping interference in their internal affairs, Egypt’s Foreign Ministry said on Friday.

On 5 June, Egypt, Saudi Arabia, the UAE, Bahrain, Yemen, and Libya’s eastern-based government, in addition to the Maldives, cut their ties with Qatar. The six Arab governments accused Qatar of supporting terrorism, disturbing security and stability in the region, and supporting Iran. Doha denied the accusations.