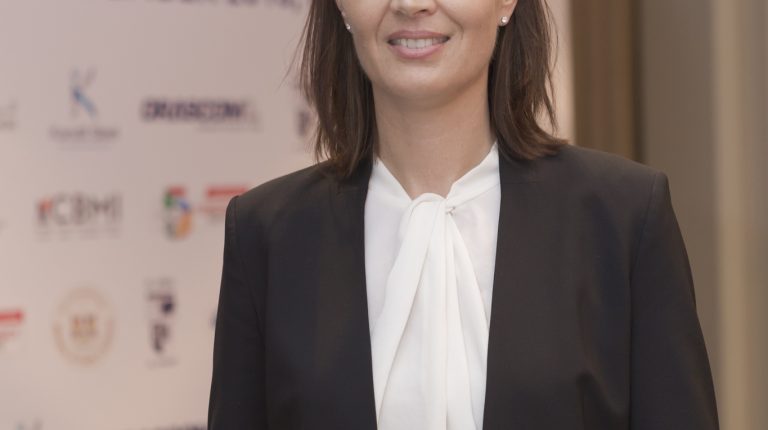 The government is moving towards adopting mechanisms to support the non-bank financial sectors and activities, including financial leasing, which witnessed an increase in the number of companies operating  during the past two years, besides, the emergence of many new entities in conjunction with the major projects being implemented, according to Global Lease’s CEO, Hatem Samir.

Daily News Egypt interviewed Samir to talk about the financial lease and its effect with the current economic circumstances and also its effect in return on the real estate sector.

How do the liberalisation of the Egyptian pound and the raising the interest rate by 2% affect the financial leasing sector?

The sector witnessed many challenges following the floating of the liberalisation of the Egyptian pound and the Central Bank of Egypt’s decision to raise the interest rate on lending twice a year to reach about 16% from 9%, which could seize growth rates targeted by the companies operating in the sector.

The liberalisation of the exchange rate has negatively impacted the sector because it contributed to raising the prices of equipment, which led customers to rethink and reconsider the temporary expansion plans.

However, this situation has also contributed to increasing the competition among companies operating in the market to acquire the limited operations.

The interest rate on the leasing activity reached 21%, which is the same percentage of participation with the client.

Despite the challenges, the sector faces and citizens and economy as whole as a result of the Egyptian pound floatation and raising interest rates. These steps are important to restore the stability of the economy, since raising the interest rate is necessary to control the increasing inflation rates. The Egyptian pound floatation will contribute to stimulating foreign investment and export and to the influx of foreign currency. It will also contribute to increasing the size of the labour market and economic development. The current period is difficult and will achieve positive dimensions targeted over the long term.

What are the measures taken by the government to support the financial leasing sector?

The government is taking positive steps to support and revitalise the sector and remove challenges that companies face.

For example, the Egyptian Financial Supervisory Authority (EFSA) recently announced a decision to allow leasing companies to apply for licences to do other financial activities, such as factoring [this is a financial transaction and a type of debtor finance in which a business sells its accounts receivable] and real estate financing without the need to establish separate new companies.

Moreover, the amendments on the laws related to leasing and factoring are also being discussed in the parliament, which will remove obstacles and push these activities.

What is your opinion regarding the New Investment Law?

How do financial leasing companies participate in reviving the Egyptian economy?

Financial leasing companies have the greatest opportunity and more than others to lead the government’s plan to integrate small and medium enterprises (SMEs) into the formal economy, with the ability to absorb those types of projects more than other sectors.

In the past period, there has been an increase in the number of leasing companies operating in the sector.

With current challenges, companies are obliged to innovate solutions in order to increase competitiveness and attract customers. The competition between companies is to provide a distinguished service and quick completion of procedures, to facilitate customers, and to innovate new solutions.

What is the company’s expansion plan?

The company is seeking to expand its activity in the market despite the challenges that the leasing sector witnesses in the recent period that witnesses an increase the number of players in the market and the intensification of competition. In addition, the company raises the competencies of employees periodically, develops its business policy, and facilitates procedures to be in an advanced positions in the market.

Global Lease has hired international consulting firms to improve its performance and study investment in factoring and real estate financing activities. Give us details.

The company has recently hired two of the major international consulting offices operating abroad to transfer expertise and to update the company’s policies and periodically work on preparing an assessment of the public performance. Global Lease preferred to take this step early, despite the short period of its presence in the market to keep pace with the rapid developments and changes in the market.

This step will achieve the company’s effectiveness in making decisions and procedures to meet the needs of customers, and it will achieve harmony in expanding at both the customer and geographical levels.

What is the size of the company’s portfolio?

Global Lease portfolio is characterised by diversity and balance between all sectors and ratios of assets. There is no concentration in a particular sector. The portfolio includes the industrial, real estate, agricultural, service, health, food and beverage, and other sectors. The portfolio does not include the textile and tourism sectors.

The size of the current portfolio of Global Lease is more than EGP 1.4bn, and the number of banks that the company deal with now is 12.

Does the company face any obstacles in the sector?

We don’t face any obstacles so far, which reflects the strength of the company and the success of its policy in the management of activities, as well as the selection of customers with credit worthiness from the beginning, besides accurate studying for the provided feasibility study of projects, by the Research and Credit Department to preservation of assets and portfolio.

What is the size of profit achieved by the company?

The company achieved outstanding financial performance during its second year in the Egyptian market, where the profitability increased tenfold from the company’s plan, which was approved by the board of directors in 2016. Contracts were executed is equivalent to five times the target in the plan. The company was ranked as one of the top five active companies in the finance leasing sector the past year, according to the reports of the EFSA.

Does the company plan to increase its capital?

The company intends pumping a new amount in its capital worth EGP 25m, bringing the total capital of the company to EGP 125m.

What is the size of real estate share in leasing market?

The construction and real estate sector has acquired a large proportion of the granted funding through the finance lease companies recently due to the large projects being offered and being implemented either by the state or by the private sector. Further, the last period witnessed the availability of the dollar and the ease of opening credits in equipment sector which participate in reviving construction sector.