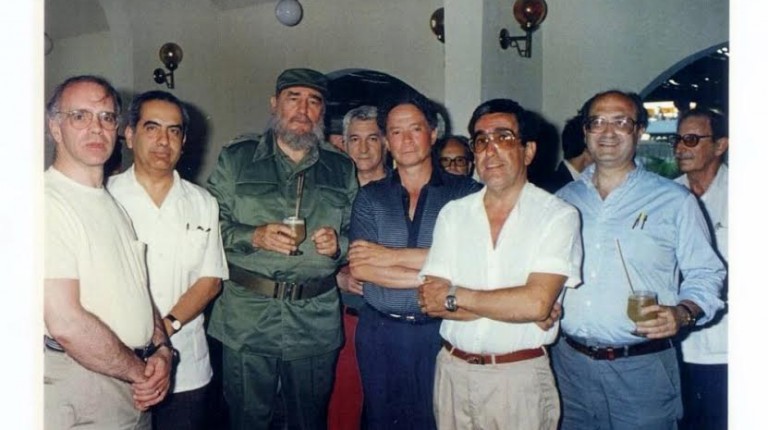 As a young medical student in Argentina, I had been fascinated by Fidel Castro and his rebel combatants. I followed with interest their advance from the mountains to the plains to the capital city of Havana. I longed to visit the island but the US blockade made it extremely difficult to travel to Cuba. Then, in 1981, the Pan American Health Organisation invited me to attend a medical conference in Havana.

I went to Cuba with a tremendous sense of anticipation. I was curious to see Havana and I was very interested in the public health accomplishments of the Castro government. Already at that time, Cuba had among the best health and education indicators in Latin America and the Caribbean, comparable even to those in the US. And they would only continue to improve.

I was also curious to learn how people felt about the revolution. Most of the people I spoke to were ardent Castro supporters. However, one day I went with a friend to Bodeguita del Medio, a restaurant made famous by its many illustrious visitors from all over the world. Among them were Pablo Neruda, Gabriel Garcia Marquez, Marlene Dietrich, and Ernest Hemingway.

As we were walking in a young Cuban man was yelling. “They don’t let me come in because I am Cuban! I cannot come in even though I have the money to pay for my drinks; they prefer the tourists’ dollars!” And then he asked us: “Do you see that guy in the corner?” When we agreed, he continued: “Well, he is not a person but it is a gigantic ear, who is listening to everything I am telling you, but I don’t care. I am fed up with this government!” That incident caused us see the situation in a new light.

On the last day of the congress there was a reception at a big convention centre located in Havana. I was talking to some colleagues at one end of a huge room when from the other end we heard people yelling: “Fidel, Fidel, Fidel!” It was obviously Castro himself who had come to say hello to the people attending the congress.

I was very eager to talk to Castro so I walked until we were close and told him that I was a doctor and a writer and wanted to interview him. He responded: “Would you like to talk about the medical situation in Cuba?” When I assented, he said: “Tell my secretary where you are staying and if I have time before you leave we can have a talk.”

I was leaving Cuba three days later so I decided to stay in my hotel full time to wait for the call. The last night before leaving I had decided to go out with an old friend with whom I spent more time than I had anticipated. When late into the night I came back to the hotel the young woman at the reception desk almost yelled at me: “Dr. Chelala, where have you been? You got a call from El Comandante and we couldn’t find you!” I left Havana later that day, seething with disappointment.

A few years later, however, I led a UN medical delegation to Cuba to assess the country’s advances in research on interferon, an antiviral substance. Fidel Castro, who was particularly interested in the project, came to see us at our hotel, so we had then the conversation I had missed the first time around.

Castro’s medical knowledge was impressive. His questions about the status of the interferon project were precise and to the point, and showed that he had been following the project closely. We also talked about the general health situation in Cuba, and he gave us precise statistics about it.

A friend of mine who knew him told me: “I always thought that Fidel is a frustrated doctor.” Perhaps that was one of the reasons for his strong support for public health in Cuba. Talking to him and seeing the extent of his knowledge about medical issues, I understood better the emphasis the revolution had put on health matters. I also discovered another facet in the complex personality of the Cuban leader.

Cesar Chelala is a winner of an Overseas Press Club of America award.