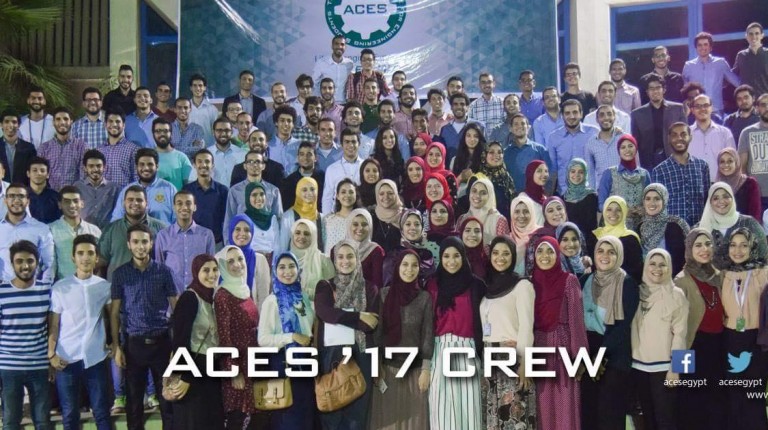 In 2004, 35 students noticed that being normal no longer guarantees a fruitful career so to keep up with a world of innovation and potential, one must not only meet expectations but also exceed them. And so ACES was established in the faculty of engineering at Ain Shams University.

ACES stands for the Annual Conference for Engineering Students. Since its foundation, ACES has been able to reduce the gap between academic life and job market requirements with the support of various partners and sponsorships, taking its position as a life changing experience.

Boasting a community of more than 35,000 engineers, including graduates, undergraduates, and community leaders, ACES aims to raise the capabilities of the engineering community through technical, nontechnical and personal approaches delivered through real life exposure. It has developed itself into an empowering tool for students aspiring to develop their skills through many projects, among which are ACES Expo, ACES Workshops, and ACES Career Gate.

All these projects lead up to the most important event held during the year, the ACES Conference. The conference provides a networking opportunity by gathering students, professors, major corporate entities, and public figures in a very influential event where ACES concludes all its annual activities.

As ACES’17 is preparing for the launch of its first project of the academic year: ACES Expo. This is considered the main technical project brought forth by ACES. It invests in engineering students by cooperating with trusted companies to provide them with technical case studies and sessions. Participants are divided into teams and qualified instructors mentor and evaluate them during their work on the case study. The teams then present their work before the companies and a winning team is chosen. The winning team receives certificates that portray their outstanding work and are rewarded a unique prize.

At the 38th edition of Cairo International Film Festival: 2 Egyptian films take on international race among 16 others