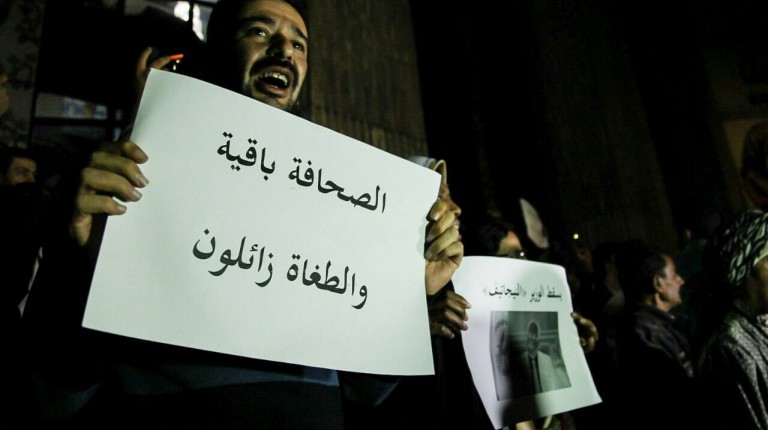 On Saturday, former vice president Mohamed ElBaradei took to social media, wondering how Egypt could still bring in investments when the government has ordered the imprisonment of the Press Syndicate’s president, labeling the incident as a scene in an absurd play.

For the first time in Egypt’s history, a court verdict ordered the imprisonment of the Press Syndicate president Yehia Qalash.

This is only one incident in a series of assaults on press freedom and laws, to which President Abdel Fattah Al-Sisi turned a blind eye, amid escalating demonstrations by journalists in protest to the problems plaguing Egypt’s press.

Egypt has been seeking new direct capitals for more than five years now. The question is whether the incident would affect how much the country can derive in investments.

Aliaa Mamdouh, a former economist at CI Capital, believes that any country in the world has its own political issues, adding that it’s important to not make a fuss out of a minor issue.

She said that there are other problems that could really affect investments, such as when the police accused Edita Food Industries of storing 2,000 tonnes of sugar in October. Such problems would make an investor think twice before investing in Egypt, she noted.

Mamdouh said that it’s not possible to measure the effect of one case without considering Egypt’s political climate as a whole and understanding how it affects the economic environment.

She believes that the political climate in Egypt is better than before.

Mamdouh referred to the recent presidential pardon that saw 82 detainees released after the Detained Youth Committee submitted a list of detainee names to Al-Sisi in order to reconsider their situation. The committee was created by the president during the recent National Youth Conference. Mamdouh explained that presidential pardons are a good thing, as they show the world that the political problems are minor, enabling the government to absorb pardons.

Mamdouh said that seeing the law implemented effectively by authorities is what matters most to investors.