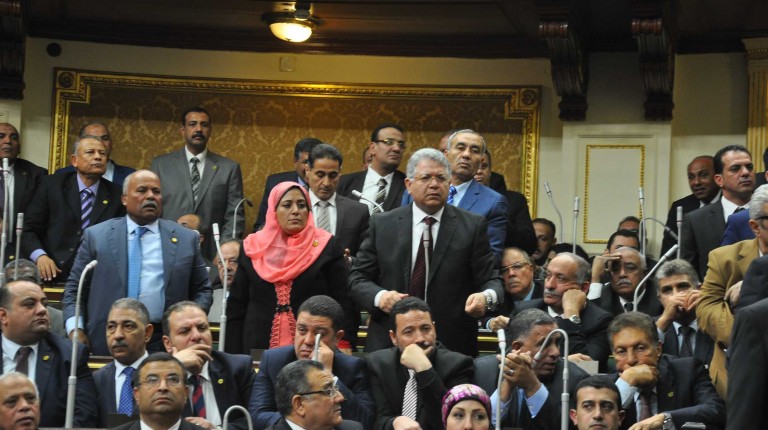 The Egyptian parliament held new elections for the internal committees on Monday as the second legislative term began in early October. Each committee elects a president and two deputies. Alaa Abed, parliament bloc chief for the Free Egyptians Party (FEP), was elected leader of the Human Rights Committee.

This committee has been source of controversy, given the state’s general approach towards human rights workers, under its former leader Mohamed Anwar Sadat.

Sadat, who earlier asserted he was not running for the post this year, also claimed that the National Security apparatus had taken control over deciding which candidates were suitable to work in this committee.

This comes as a local parliamentary news website reported conflicts taking place in the committee ahead of the vote.

The website reported that several MPs filed an objection to Abdul Aal, claiming that the committee witnessed an unprecedented number of members supporting a particular candidate, and then withdrawing themselves from the committee. The MP they referred to is believed to be Abed.

As a result, rival candidate for the presidency of the committee, Akmal Kortam told reporters that he will submit his resignation to the parliament. In an interview with Tahrir News website published Monday, Kortam asserted what Sadat had previously claimed: the work of the committee was obstructed by the parliamentary speaker and the administration.

Several committees witnessed the re-election of their presidents, such as Gabali Al-Maraghy for the Manpower Committee; head of Al-Wafd Party’s parliamentary delegation Bahaa El-Din Abu Shoka for the Legislative and Constitutional Affairs Committee; Ali Moselhy for the Economic Committee; and Osama Al-Abd for the Religious Affairs Committee.