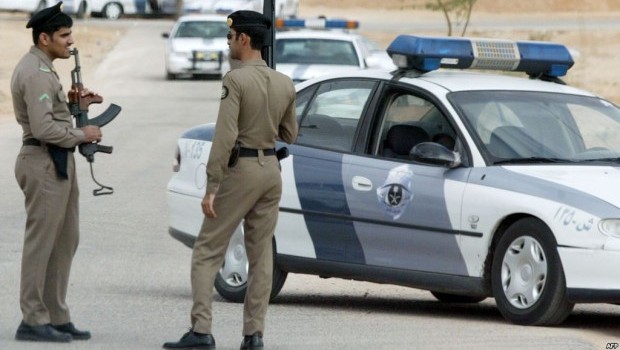 Seventeen people suspected of being affiliated with Islamic State (IS) members were arrested; one of them is an Egyptian citizen, the Saudi interior ministry announced on Monday evening.

The ministry also said that several planned terrorist attacks had been prevented inside the kingdom.

The Egyptian, Omar El-Zoghbai, was arrested along with 14 Saudi citizens, one Yemeni, and one Palestinian. The Egyptian Ministry of Foreign Affairs was not available to comment as to whether the investigations into El-Zoghbai have been followed up.

According to an official statement issued on Monday by the Saudi interior ministry, the arrested IS-affiliated members planned to carry out several attacks targeting a number of Saudi scholars, citizens, security and military personnel, and institutions.

Moreover, the statement clarified that those arrested had prepared improvised explosive devices (IED) and explosive belts, in addition to possessing the necessary maps and finances needed to carry out the aforementioned attacks.

The preliminary results of the investigations asserted that the arrested members were involved in a number of crimes, including providing shelter to the perpetrators of an explosion targeting Al-Emam El-Reda mosque in Al-Ahsa governorate, according to Saudi state-run news agency WAS.

Earlier in August, an Egyptian expat in Saudi Arabia was reportedly sentenced to six years in prison over accusations of espionage with Iran, according to Saudi newspaper Okaz.

The verdict included fining the Egyptian expat SAR 5,000 and deporting him directly following the completion of the penalty.

The Egyptian embassy in Saudi Arabia and the Foreign Ministry have repeatedly not intervened in similar cases in Saudi Arabia, whether by following up on investigations or by affording lawyers to accompany the Egyptian defendants.

Egyptians in Arab Gulf countries are subject to increasing numbers of violations. Several Egyptian expats told Daily News Egypt previously that they were subjected to several incidents of racism, assault, and persecution committed by both citizens of Arab Gulf countries and their officials.

US tests IS rocket for mustard gas after attack

Video of Egyptian assaulted in Kuwait leads to another uproar