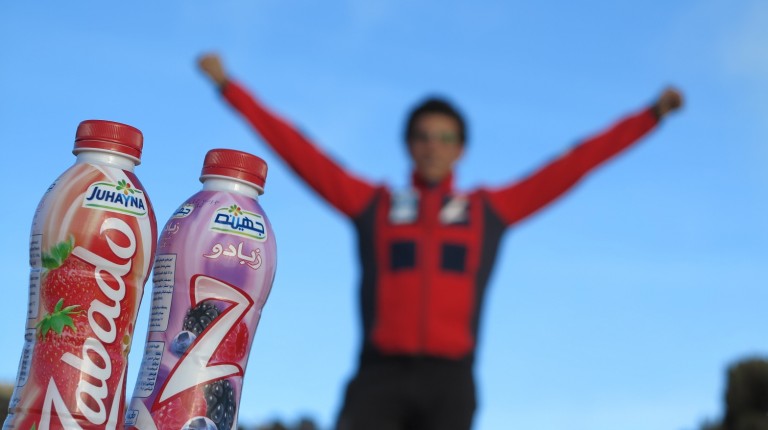 In light of his pioneering initiative to climb the highest mountain peaks on all seven continents, on 23 August the company Juhayna celebrated Egyptian adventurer Galal Zekra Shatila’s first achievement. This initiative is sponsored by Juhayna through its product Zabado.

The first of many mountains he plans to climb, Shatila aims to first climb Africa’s highest peak, Mount Kilimanjaro. Juhayna, who will sponsor Shatila on his climb, is collecting donations in honour of Shatila’s pursuit.

The donations will be directed to individuals and institutions in Upper Egypt to be used to build rooftops and provide safe housing in the region’s villages. The instability of some of these houses makes it difficult for them to sustain the summer heat and the winter cold.

Shatila expressed his thanks to Juhayna for their continuous support, as his initiative could not have been realised without their support, which motivated him to continue on with his dream.

He said that Juhayna will pay the expenses of the entire excursion, and that donations collected after climbing the first peak will be fully directed towards building stable roofing on houses in Upper Egypt.

Shatila expressed that he aims to promote several important development causes throughout the course of his seven adventures, confirming that he has great ambitions to participate, even if just partially, in solving many issues that face the people in Egypt.

The 23-year-old Egyptian adventurer said that Juhayna began sponsoring his initiative two years ago. His first adventure took place last year, when he spent five months travelling along by bike, traversing across 7,000km of Egypt. The goal of this adventure was to show that Egypt is a safe country to travel in, but also to fulfil Shatila’s dream, which he did not think was possible.

Communications and External Relations’ Manager at Juhayna Basant Fouad said: “We are happy to support Shatila’s pioneering initiative, because it is a clear example of the Egyptian youth’s creative abilities and ambitions.”

“Under the umbrella of supporting youth and enabling them to fulfil their dreams that seem impossible, Juhayna cares to support Shatila’s initiative,” she added. “Through this initiative we also care about developing Upper Egypt, which matches the company’s policy that prioritises investing in Upper Egypt and developing this area.”

In Video: Chatila to climb highest mountains for society’s development