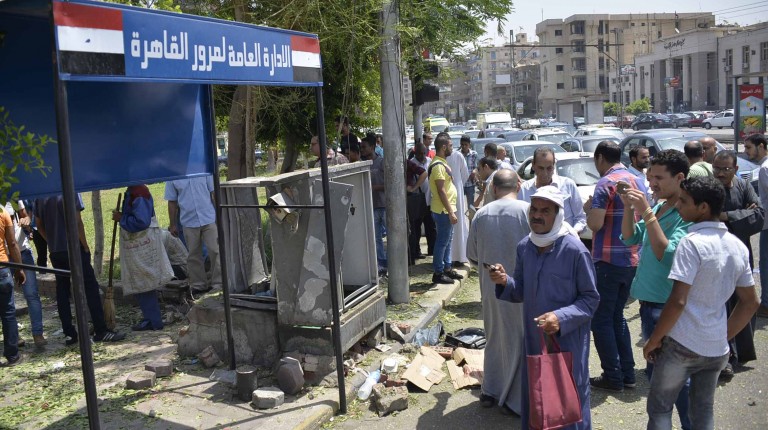 They told Daily News Egypt that the government refused to reduce the baseline for the tax rate below 14%, while the target inflation is set to 9.8% by the end of the 2016/2017 fiscal year.

The Ministry of Finance agreed in its last meeting with the Budget and Planning Committee on Sunday to exempt more goods from VAT to total 57 goods and services, instead of 52 seeking the parliament’s approval on the rate.

The new goods include international education, special needs cars, medicine, and recycled waste. Moreover, the government is considering exempting textiles from the tax, according to the sources.

Minister of Finance Amr El-Garhy met with the parliamentary Coalition in Support of Egypt on Sunday. During the meeting, El-Garhy said that the law will have a limited impact on inflation ranging between 1.5 – 2.5%. On the other hand, the minister said that cutting the rate down to 12% will impact the targeted inflation rate.

The Ministry of Finance aims to collect proceeds amounting to EGP 32bn at the end of this fiscal year after applying the VAT.

The sources noted that the coalition will approve the law, adding that there have been discussions on the proposed rate from the government, as members of parliament are facing public pressure owed to expected price hikes.

The Budget and Planning Committee has presented its report on the VAT to the parliament plenary without recommending a rate.

Moreover, sources pointed out that there are still other problems with the law with regard to the small- and medium-sized enterprises (SME), as the proposed baseline is set to EGP 500,000, while MPs call for lifting it to EGP 1m. The Federation of Egyptian Industries (FEI) opposes the baseline in general, calling for it to be removed entirely.

The deputy finance minister for tax studies, Amr Al-Monier, said that the ministry prefers to set the baseline at EGP 1m; however, with the opposition of FEI, the government decided to keep it at EGP 500,000 and prepare another separate bill for SME taxes.

Planning and Budget Committee approves amendments on Article 120 on taxes

Raising prices failed to secure medicine, shortage will continue due to US dollar scarcity: Head of the Pharmaceutical Industry Chamber

Promises of reform: a story that could end happily, or in disaster

Low supplies cause car prices to rise in September

Application of VAT will be both positive and negative: Moody’s

Decision to relieve expatriates from car customs for a dollar deposit is under study: customs

In Cartoon: The value-added tax threatens to cut off the hands of Egypt’s citizens

MPs refrain from voting on VAT bill, likely to be referred to Disciplinary Committee

GB Auto business unlikely to be impacted by VAT: Ghabbour

VAT is essential for state revenues

VAT draft law to be sent to parliament within days: Finance Minister